Will not encourage favoritism and nepotism: Manipur CM 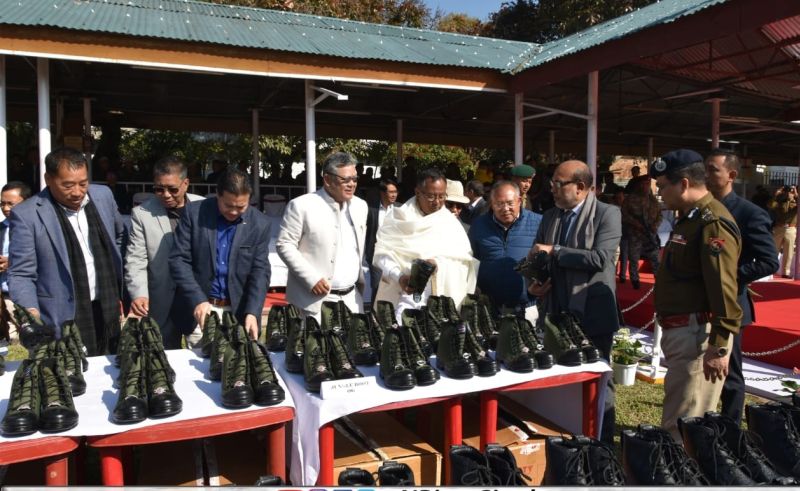 Manipur Chief Minister, N Biren Singh said that the State government of Manipur would never encourage favoritism and nepotism. He said this at the distribution of uniform items to Manipur Police personnel held at 1st Battalion Manipur Rifles Parade Ground in Imphal on Monday.

The Chief Minister said that since its inception, the present State government is committed to deliver transparency and corruption free governance in the State.

He further appealed to the people of the State to support the government in curbing corruption in recruitment, promotion, transfer and postings of various departments. He maintained that law and order has also tremendously improved under the present regime.

Singh also informed that the event on Monday was simple yet very meaningful. "This programme provides an opportunity to give due respect to the police personnel for their remarkable duties towards safeguarding our lives and property and maintaining peace in the region. It is due to the commitment and hardwork of the police department, the government has been able to combat drug menace in the State,” he added.

Recalling the "paper belt scam" of Manipur Police department, the Chief Minister said that the present government would never let such scandal happen again and the government would provide "branded and standard uniforms" to all the police personnel.