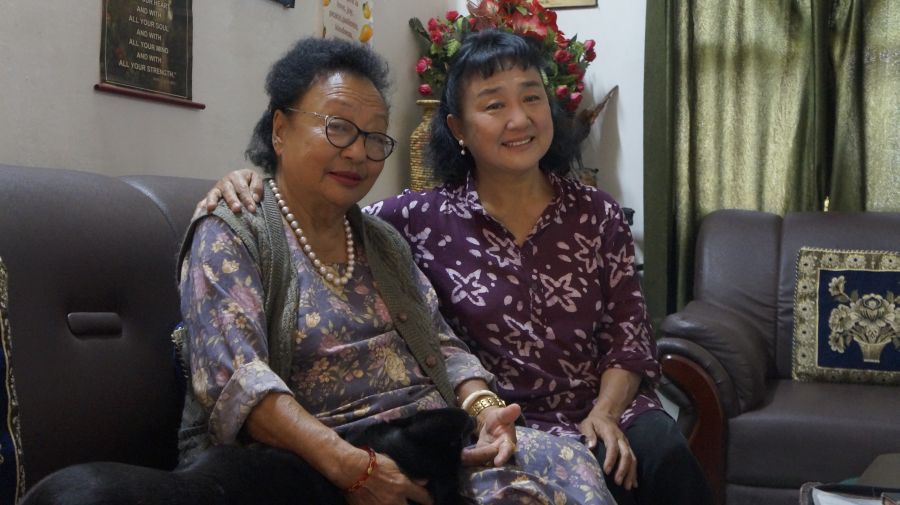 Toshirenla Ao and her mother Alila at their home in Dimapur. (Morung Photo)

At 16, Toshirenla was not just a beauty queen. She was an artiste, in the truest of sense.

An avid social worker from an early age, 4-year old Toshirenla would raise funds for social causes such as raising funds for church buildings, etc, through singing and dancing. 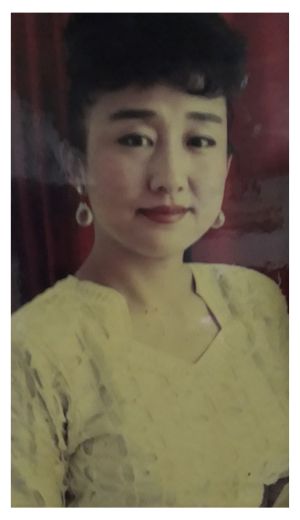 A natural athlete, Toshirenla was a champion gymnast with 14 gold medals to her credit during her time at the North Eastern Hill University (NEHU) Shillong.

An all-rounder with an excellent academic report, she was considered an ideal candidate to enter the first Miss Nagaland beauty pageant organized by government registered NGO- Nagaland Youth Gymnastic Club in 1981.

According to Toshirenla, the organizers began looking for participants for the first beauty contest in 1979, but it was only in 1981 that a few young women turned up.

With a total of eight contestants, the requirements of the ‘highly anticipated’ beauty pageant included a ‘moral certificate’ from the Principal and the Church, besides certificates of their achievements and qualifications.

“Miss Nagaland means you are to represent the Naga lady to the world, so you have to be all square. Not only the looks,” the organizers said.

It was a two-day pageant where they had to pass through five levels: talent, traditional, formal, informal and intellectual test.

The first four rounds lasted for a day, while the intellectual test marked the finale, said the cheerful former beauty queen, who is now in her fifties.

Guest of honour Narola Obed, wife of then Chief Secretary, Nagaland crowned the first beauty queens, while the chief guest was Tochi Hanso, Cabinet Minister (PWD), who donated Rs 5000 to be given to the winners. 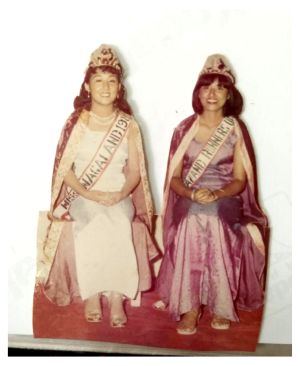 She recalled the proceedings of the final intellectual round where she was asked, “Where is the fashion city in the world?”

“At first, I thought of saying Mumbai, because that was where I ordered my dress. Then I remembered the ‘Made in Paris’ perfumes that my father used to bring for mother.”

“I think it must be Paris,” she answered, to which the judges expressed utter delight, recalled Toshirenla.

The final question that won her  the title was “Where does a child look most beautiful?”

“When I heard that, I immediately pictured Mother Mary holding Jesus in her lap,” the former beauty queen narrated as her mother sat beside her in their comfy living room.

“A child looks most beautiful when they are held lovingly and dearly in their mother’s lap,” she answered. 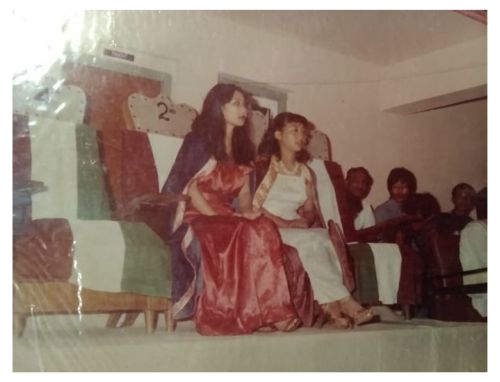 After being crowned the first Miss Nagaland, the youngest participant went on to take up more social issues and assist students studying outside the state. She attributed her success to God and the support of her parents.

She holds a postgraduate degree in Political Science from Delhi University and also took up a year course in film making in Mumbai.

At present, she is the President of Nagaland Youth Gymnastic Club (NYGC), where through her persistence and her mother’s support, a centrally funded public swimming pool was inaugurated in Dimapur on January 19 this year.

We took it up as a mission to complete the project despite the bureaucratic hurdles, she said, the pool which took over 15 years since the laying of the foundation stone. Yet in the many years that followed, “we did not give up,” she said. 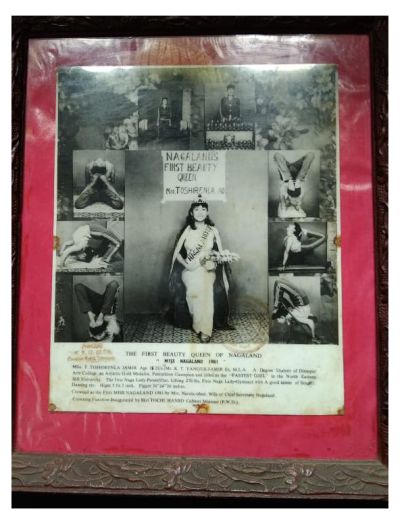 Till today, Toshirenla who is also actively involved in advocacy for people with HIV/AIDS and drug addiction continues to inspire people and help young women pursue their dreams.

As President of the All India and South East Asia Mahatma Gandhian Workers Federation, Nagaland Unit, Toshirenla strives for peaceful coexistence and believes that Gandhi’s philosophy is still relevant in today’s world.