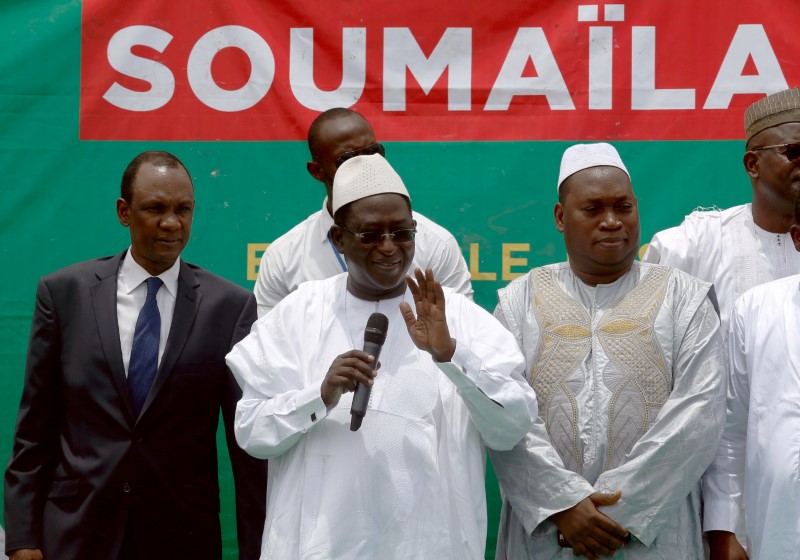 Soumaila Cisse, leader of opposition party URD (Union for the Republic and Democracy), addresses his supporters during a rally in Bamako, ahead of the second round of Mali's presidential election, Mali on August 10, 2018. (REUTERS File Photo)

BAMAKO, March 26 (Reuters): Mali's main opposition leader Soumaila Cisse is missing and thought to be kidnapped along with 11 members of his delegation, his party said on Thursday, during election campaigning in a region where jihadists frequently strike.

The Union for the Republic and Democracy (URD) said none of the group had been reachable since late afternoon on Wednesday when they were expected to reach the village of Koumaira in the northern region of Timbuktu.

Militants with links to al Qaeda and Islamic State launch frequent attacks on civilian and military targets in the area.

The URD referred to the group's disappearance as a kidnapping, but did not give any more details.

"Still no news of him or his delegation," URD Vice President Madani Traore told Reuters, as the party set up a crisis committee and urged the government, military and U.N. peacekeepers to help find the missing group.

The incident came before long-delayed legislative elections, which authorities say will take place on Sunday despite the coronavirus epidemic. Mali was one of the last countries in West Africa to confirm a case, reporting its first two on Wednesday.

The parliamentary vote was originally scheduled for 2018 but has been pushed back several times because of insecurity.