Serving the community, being the change

Serving the community, being the change
Morung Exclusive
16th March 2020

Growing up in the dusty streets of Kiphire town presented its fair share of challenges for Thripili Sangtam. As a young man with ambition, he found opportunities hard to come by. He eventually took the big step to experience city life moving to Kohima to pursue a bachelor’s degree in sociology at St Joseph College, Jakhama.

After graduation, the 24-year old moved back to his hometown and founded the Kiphire Youth Centre (KYC) in October 2019. He now works to fulfill his ambition of bringing positive change in the community by presenting opportunities for the youth in his district to be involved in the process.

“The idea is to turn the Centre into a repository of information for the youth in Kiphire,” Thripili says.  With employment opportunities increasingly hard to come by, Thripili and his eleven colleagues carefully sift through newspaper ads and also reach out to government and private establishments seeking information on vacancies.

They then put up the list of vacancies at the Centre and encourage the youth to apply for the positions. The volunteers at the KYC, all graduates themselves, help interested candidates draft their CVs, fill up forms, apply for jobs and provide assistance throughout the process. The Centre also keeps a list of seminars, conferences and other similar activities, sharing them with the youth and pushes them to participate in the events.

KYC also provides services like printing, photocopying etc at a 50% discount for students and unemployed youth. “It is a very small initiative, but sometimes, paying Rs 5 to 10 just to get a photocopy done becomes a big burden on the students,” says Thripili.

Thripili also touched on the Centre’s latest initiative. On March 21, the KYC will conduct a Scholarship Competition exam for students of Classes 9 and 10 from across the district. No registration fee is being charged for the competition.

The Centre will pay the annual school fees for the highest scoring student for the current academic session and 6 months’ fees for the runner-up.

What is even more endearing is that Thripili and his friends spent their winter raising funds in order to make this Scholarship Competition happen. In December 2019, when the Kiphire District Administration announced that a Winter Night Carnival would be organized, Thripili registered to open a stall. “Everything that we earned during the carnival is being utilized for the scholarship,” he says.

According to Thripili, the initial plan was to organize the exam for college students. But considering that we have only one college (Zisaji Presidency College) in the entire district, we realized that the initiative would have a bigger reach if we conducted the exam for students of classes 9 and 10, he said.

The young man expressed gratitude to the community as well as the district administration for contributing to the foundation of the Centre. The Church generously allowed us to set up our office in its building without taking rent for the first three months and some individuals came forward and donated an inverter battery for the office. “We try to give back to the community by mobilizing the youth to participate in social works and other community activities,” he says.

While the team at KYC is currently busy sorting out logistics for the exam, Thripili is already planning his next move.
In the near future, we will be registering the Centre as an NGO and focus on finding solutions to the challenging circumstances faced by the young people in the district, and help develop their personal and leadership traits whilst doing away with social ills, he says. 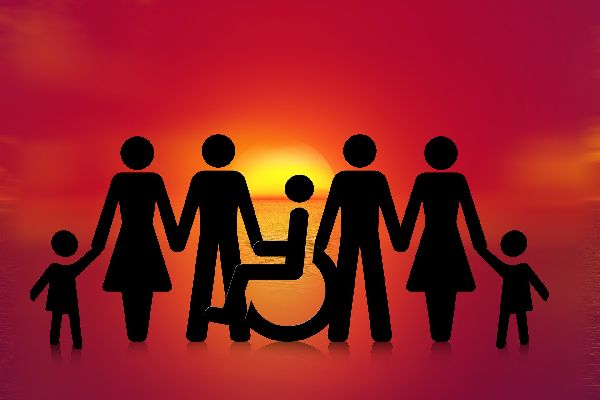