NASH: Be the real you

It is not often that people find their ultimate calling in their early day’s dreams. Sometimes it takes a ‘quick realization’ to uncover the right direction.

That is exactly the story of multi-genre recording artist Nash Longkumer.

For all the success and accomplishment, he found himself happy to be moving on from his aspiration to be a sports person. While Nash was certainly thrilled with his fancy to be the next Michael Jordan after watching Space Jam, he soon gave up on the idea.

Besides being a member of the internationally acclaimed band UDx, today Nash is also one of the most popular musicians in Nagaland. He is a session guitarist for artists like Tali Angh and Polar Lights.

Known as much for his guitar skills and concert performances, Nash also gained recognition in the sound mixing and engineer world after working on the popular song ‘City of Lights’ with Tali Angh in 2018. More recently, Nash is seen mostly mastering audio mixing – his new found passion.

Yet for all his hit, Nash remains humble, devoted to his Christian faith and above all progressing each day in his field of expertise.

The Morung Express recently sat down with Nash to discuss his journey and experience as a professional musician and more.

“I always wanted to be a sports person. Quickly realized I was not going anywhere when I realized I had no talent whatsoever in sports,” quips Nash revealing he started music when he was around 16.

Unlike others who find their inspiration in famous celebrities, Nash’s musical journey was inspired by his cousin brother.

“It was when I saw him perform in the church, I thought it looked pretty cool and I fell in love with music. The initial intention was not to be a musician but wanting to look cool like my cousin who taught my first three chords,” confesses the grateful artist. 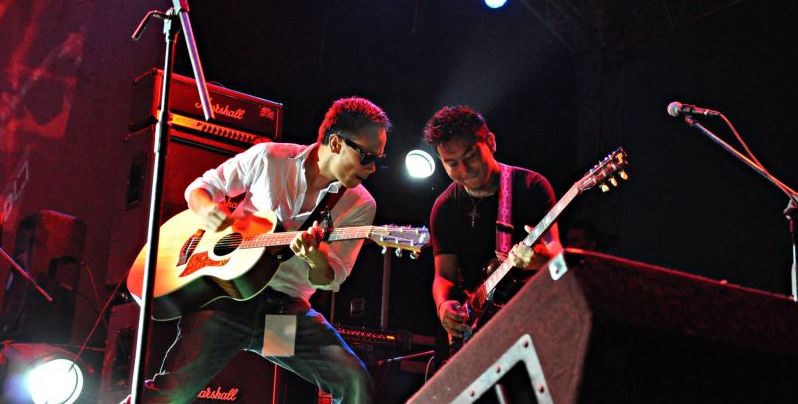 Until the idea of forming a band was brought by his friend Lanutemjen, music was just a hobby to Nash.

“Once we started jamming and writing our original songs, we realized there was something in creating our own songs. That was the turning point,” affirms Nash.

“About a year after forming the band, our bassist Bendang was always encouraging me to sing and play for God. After hearing him for a period of time, I decided to do that. It was the turning point of singing Christian music for me,” he adds.

In its early years, the band entered a lot of competitions and went to win many, followed by feedback from people also motivated him to commit to music. “Whenever we heard people say ‘there is something different about us’, it kind of stuck for a while and that really motivated us.”

Nash has no regrets choosing music. “The decision was not difficult but once it was made, the journey had its ups and downs. I made the right choice; as difficult as it can be, it is also as rewarding,” he says.

The decision was also made easy with the “very supportive family” by his side.

“Finances - it is challenging both in terms of investment as well as earning,” is the instantaneous respond when asked about the challenges in the profession.

He says that initially there was lot of investments to buy gears which were atleast upto standards but down the line, earning has been one of the most difficult. “In a place like Nagaland where everybody knows each other and we all want a discount for everything and everybody expects you do to it for free, it is not easy,” a concern he shares.

“If you talk about criticism, musicians go through so much more in one year which most people don’t go through in their entire life,” he adds. 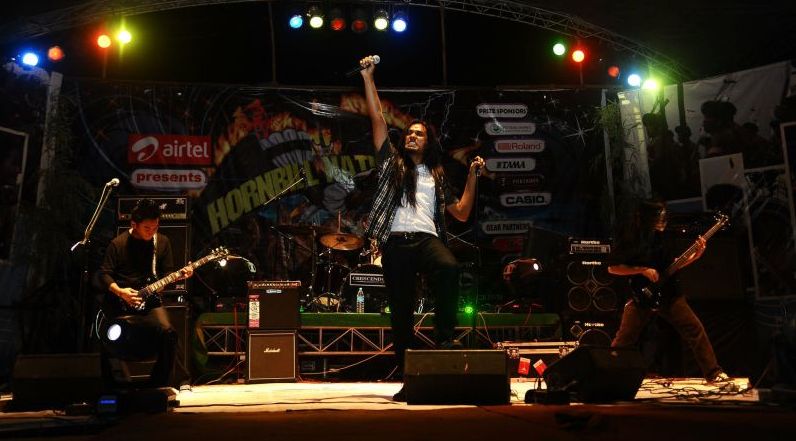 Despite the challenges, the choice to move forward is “very easy”, says the optimistic artist. “I always go back to why I started playing music. It was never about making money out of music but about my love for playing guitar. Whenever I feel like I am not doing enough, I always go back to these thoughts – Is it for the money, fame? And it helps to keep myself grounded.”

Nash hopes to be featured in “guitar magazines, on the poster, front cover” but more than that he says, “If I can make a living by performing and travelling the world, I am a happy person.” 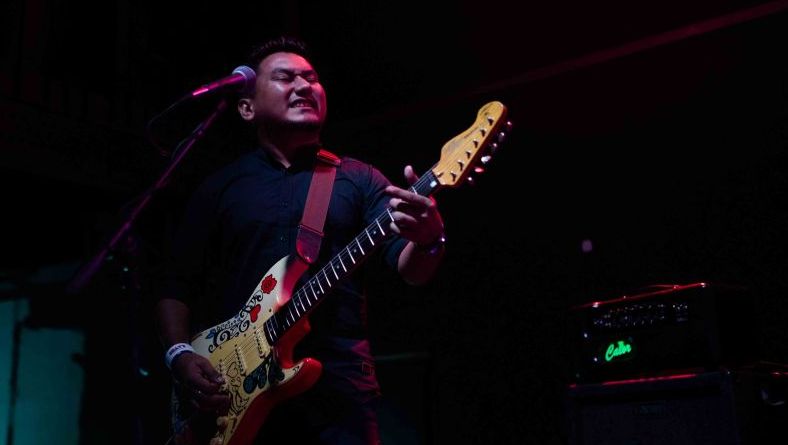 When it comes to the core values he would not bend in any cost, the artist has no doubt. “When it comes to music, people I play for are very clear about what kind of songs they are singing.”

He says, “The other thing is there are boundaries for me being a believer. The message being put out matters a lot to me. Of course, some of my clients have some profane words in their lyrics but that necessarily does not mean it is a bad song. Anything that has a negative impact on the listener, I tend to shy away from it and I am very adamant about doing those songs.” 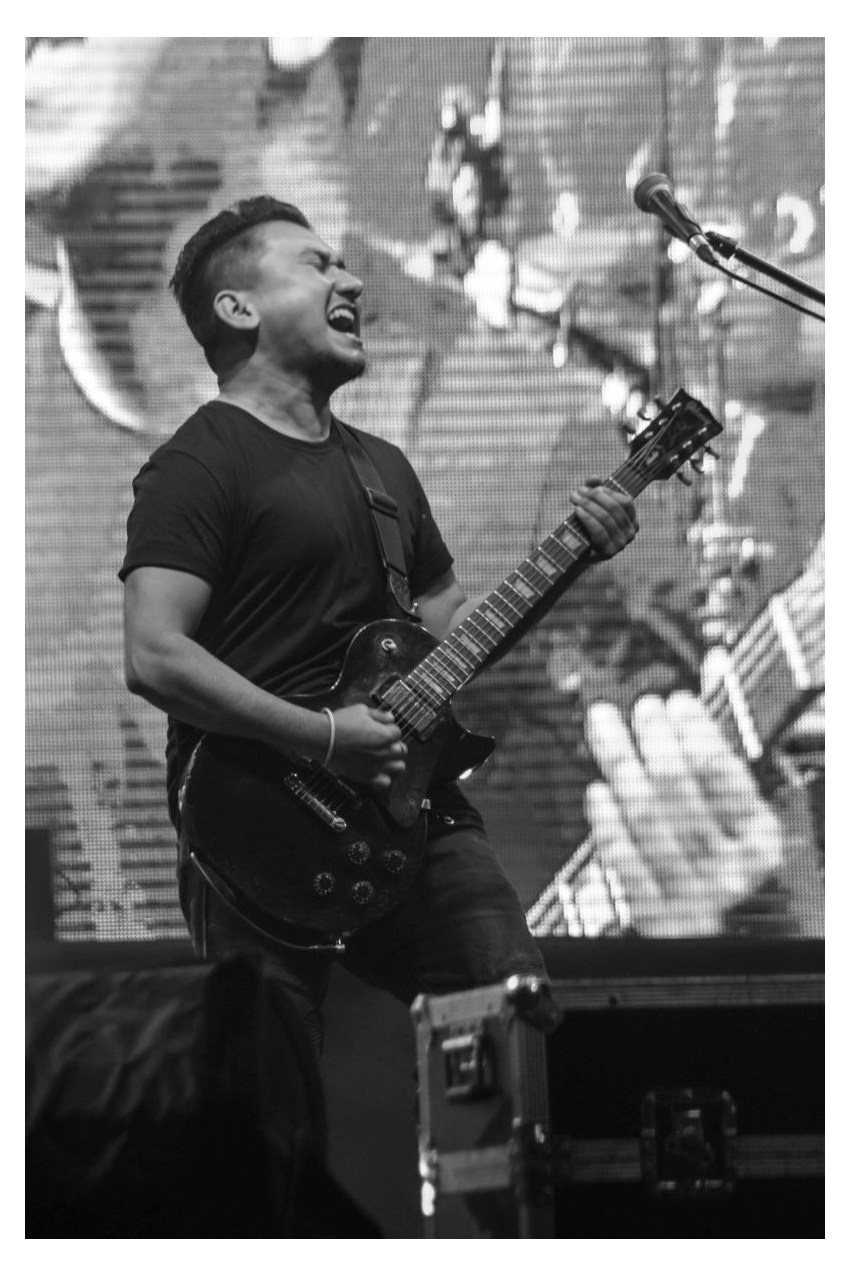 Giving an insight on his perspective of the music scenario in Nagaland, Nash undoubtedly admits that right now the talent pool is there. However, he also maintains, “the marketability and converting it (music) into money or making a career out of it has become really difficult ... thanks to the internet.”

He goes on to add that in recording you can do so much, people can hide their flaws. “There are times, I listen to new artists on internet and then I go to watch their live performances and I am always disappointed. In that sense, the music scene is really bad. Main thing is people don’t show up for shows now. Everybody just wants to listen in the internet and everybody wants it for free. Nobody wants to buy your song.”

He is also of the opinion that the music industry in Nagaland will take time to become a reality.

Addressing the question on live show vs virtual show, Nash observes that people who actually come to the live concerts is a very small number. However, more than that factor, he thinks “artists are also not prepared to perform live.”

Naga artists still lack in the packaging - presentation on the stage, interaction with the crowd, the performance delivery etc, he observes while adding, “If I am paying for a concert, I want to have a really good experience, both audio and visual. We all lack in that. I think that is why lot of people doesn’t want to come to concerts but if it’s an international concert and even if the artist is someone they don’t know, they just show up.”

To improve on the lack, Nash believes that it involves a lot of variables. “In Nagaland, if a band is performing they are usually the one organizing the concerts, printing the tickets – basically doing everything.”

According to him, this setback can be addressed by having professional event managements dedicated to music that will take care of wardrobe designers, choreographers to design the show, proper lighting engineers and so on. “And for that to happen, money needs to be involved and for money to come in, people need to buy the tickets and come to the show,” he expresses. 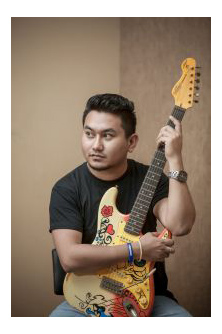 Throwing honest caution for people who would like to take up a career in music, Nash says, “If I am being completely honest, I would not want anyone to take up music unless you are really convinced that this is something you have to do.”

He adds, “People think that music is something anybody can do. Music is actually for people who have a really strong will and who can handle pressure. It comes along with so many criticisms and if you are not someone who can handle those things, it will eat you up and just throw you out.”

Asserting his statement, Nash says, “If you really want to do it no matter what the cost then go for it. But it is not easy and it is not for everybody. People think that it is just the half an hour show on the stage that you see but behind the scenes whatever the things you do is not easy.”

“I want to be real. I don’t believe in the saying that whatever you want you can have it. Only the things that you prepare for, you can achieve those things,” the artist affirmed.