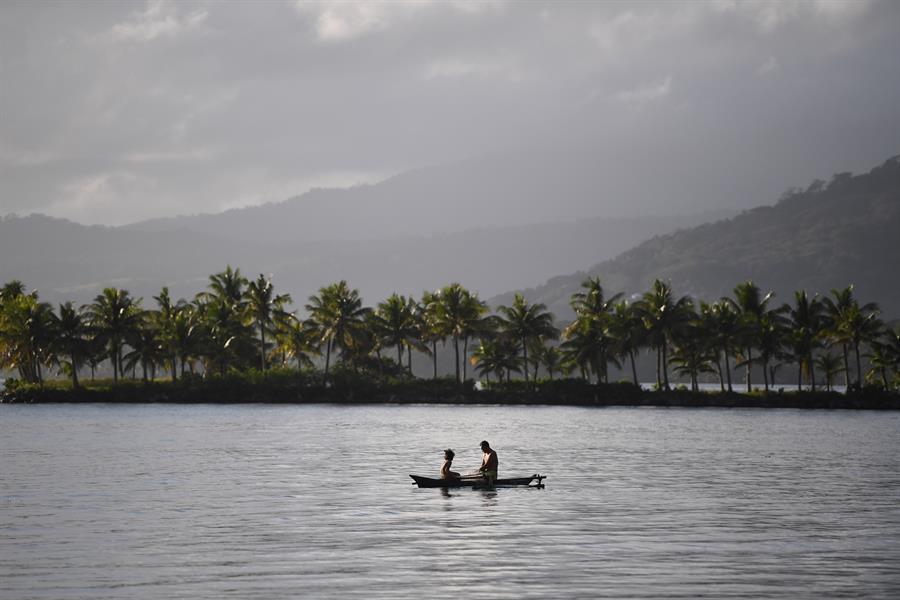 A fishing boat is seen in the early morning near Taumeasina Island Resort in Apia, Samoa on September 8, 2017. (EFE-EPA File Photo)

Bangkok Desk, December 1 (EFE-EPA): The death toll in Samoa’s measles outbreak has risen to 48, with four dying in 24 hours over the weekend, the country’s government reported Sunday.

There have been 48 measles-related deaths in Samoa since the outbreak was declared by the Ministry of Health on Oct. 16. The government declared a state of emergency on Nov. 15.

Forty-four of the dead are children under the age of four, statistics posted online by the government Sunday showed.

At least 3,530 cases have been reported since the beginning of the outbreak in the small Pacific Island nation of just under 200,000 people, with 173 cases recorded in the 24 hours between Saturday and early Sunday afternoon.

The United Nations Children's Fund (UNICEF) estimates Samoa's vaccination rate is between 28-40 percent. The government began a its Mass Vaccination Campaign on Nov. 20, with 57,132 vaccinated as of Sunday.

Fiji also declared an outbreak on Nov. 7, and Tonga declared one on Oct. 24.

Aid organizations and other countries have continued to send medical staff and supplies to fights the epidemics in the South Pacific.

The New Zealand government on Friday announced it had sent a third rotation of emergency medical staff, as well as nurse vaccinators, intensive cares specialists and Samoan-speaking medical professionals.

“The Samoan health system is under serious strain with growing numbers of people, many of whom are very young, needing complex care as a result of the measles outbreak,” Foreign Minister Winston Peters said in a statement Friday.

“New Zealand will deploy up to 15 ICU specialists, as well as additional Samoan-speaking doctors and nurses, to work alongside medical staff from Samoa and other partners and provide relief,” he added.

The United Kingdom has also sent a team of medical professionals and Australia has provided medical staff, equipment and supplies.

Measles is a highly-contagious viral illness, with fever, cough, sore eyes and cold-like symptoms appearing 7-14 days from infection, followed by a rash, according to the United States Centers for Disease Control and Prevention. It is most often spread through coughing or sneezing, and can be prevented by vaccination.