In the quiet of her home in Forest Colony, which was once covered with green, lush trees, Jentina Yaomei Shangkhu read a story about a young girl called Severn Suzuki who was concerned about the problems going on in her society. What transpired from reading the book was this thought- “If a young girl like her can make a huge difference in another part of the world, why can’t I?”

This was two years ago when she resolved to do something that can impact the world, little by little, and she took the first step by forming a club with her little sister, Kirennaro, called ‘Environmentally Conscious Children’s Organisation’ (ECCO). Soon enough, children aged between 4-8 joined the club, which currently comprises of 15 children attending different schools, but all of them with the same vision of bringing back the once green and beautiful Kohima.

“We are just children but we do what we can”, Jentina Yaomei Shangkhu, now aged 12 and currently studying in class 7 in Little Flower Higher Secondary School Kohima, articulates. Saving the environment begins at home and this is exactly what the children club has done before venturing out further. “My mother lived here (Forest Colony) for 30 years and so she grew up here in the colony, where it used to be so beautiful and covered with so much forest and trees. My mother told me about the occasional mongoose stealing chicken eggs from my grandmother’s chicken coop; how she would wake up to the sounds of birds chirping, of how after school they would run down to the streamlet and play in the fresh water and how it was all so wonderful,” she relates.

What saddened her was the fact that these are now just stories for her and her sister, like a chapter from their bedtime story books. “But hearing these stories, I really want to make the colony become like that again,” which is also why she has put her heart into the club, to revive that once green and beautiful Kohima that most children have only heard of.

Ever since the formation of the club, they have been meeting every month, to either collect litter, plant trees or engage themselves in environmental crafts. Last year, the club planted fruit trees in the colony and also outside the government school in the locality. Their most recent activity was joining the Kohima Smart City (KSC) and Kohima Municipal Council (KMC) in cleaning the National Highway stretch from Classic Junction to TCP Gate Junction on February 29, 2020.

“What we do may not seem like much but the thing is we do”, she puts across while enunciating that little efforts can bring about big change. She ardently hopes that one day, children like her can wake up to birds chirping instead of honking of cars, and see beautiful trees instead of garbage dumps.

Under her initiative, the Club also started a petition (http://chng.it/662Vh5cg) on behalf of the children in Kohima, stating that “it is so sad that we kids don’t have any green spaces or parks to play in my city. We play indoors or in the streets. I see garbage and pollution everywhere and this makes me really sad. People don’t take kids seriously and don’t listen to what we have to say, but we are the ones who will be living here tomorrow, so I think we should have a right to be heard. This is why I want to start this petition to show that the children of Nagaland have the right to live in clean, green cities that provides them with spaces to play and enjoy their childhood.”

It further states that, “I on behalf of the kids of Kohima would like to request our Chief Minister to please make more parks for us or at least revive the few we once had like the Zoo, Botanical Garden, Highland park etc. Don’t just leave us with your memories and your stories of a beautiful Kohima. Leave us with a beautiful Kohima.”

And to the people of Kohima, Jentina leaves this message- “God has given us a beautiful Nagaland. I don’t think I want to live anywhere else. This beautiful Kohima is not beautiful anymore because there’s so much trash around, and not much trees. We are supposed to be caring and loving Nagaland but we are not doing our part” while urging each one to contribute towards making Kohima a beautiful city. 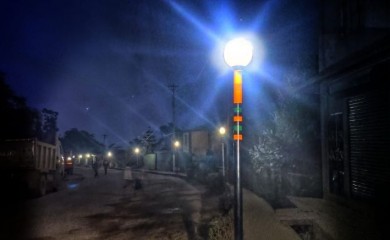 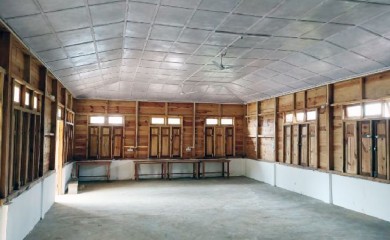