In swine production, feed alone represent 70-75% of total cost of production. In intensive pig production, pig directly compete with human being for feeding, since conventional fattening is based on the feeding of cereals like maize, wheat, oats, barley etc. along with other protein, mineral and vitamin supplements. Farmers are unable to support costly feeding program because of high cost of cereals and oil cakes. Novel feed ingredients are not traditionally been used for swine feeding. However, these can be used as supplemental ingredients to the basal ration in order to reduce the feed cost. To get profit from swine farming, one has to plan carefully to get maximum feed efficiency from a particular diet. One can easily reduce the feed cost using many locally available novel feed resources. The novel feeds can be used as supplemental ingredients which are available in large quantities at cheaper rate. Many novel feed contains anti-nutritional factors which reduce the productivity of animals by hampering the digestibility of nutrients.

Some of the novel energy rich ingredients are:- 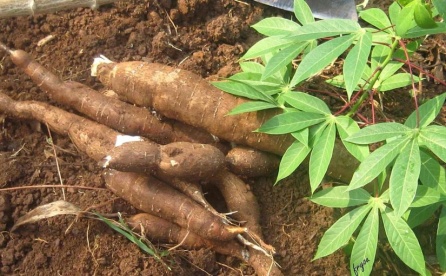 1. Tapioca (Manihot esculenta crantz): Tapioca root meal is rich in energy (3300ME Kcal/kg). It contains cyanogenic glucosides namely linamarin and lotaustralin which are converted to hydrocyanic acid when acted upon by enzymes. The bitter variety of tapioca contains 0.02 to 0.04% HCN and sweet variety tapioca contains less than 0.01 % HCN. Drying of roots eliminates 8.5% HCN. Tapioca meal is limited to 20-30% of pig ration. It is reported that maize can be replaced by 15% with tapioca meal without affecting the growth, nutrient utilization and feed conversion efficiency in grower crossbred pigs. 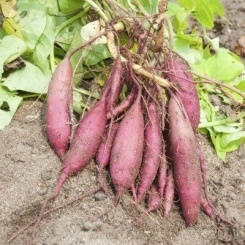 2. Sweet potato (Ipomea batatas) tuber meal: It is a good source of energy (3500 kcal ME/kg) and protein. It contains antitrypsin and on drying, the anti-trypsins are denatured.

4. Tea waste (Camelia sinensis): Tea waste contains CP, DCP and TDN value of 19.5, 9.7 and 43.3 per cent respectively. It contains about 4.9% tannic acid. The material can be used up to 15% level in the concentrate mixture of pigs.

6. Wild Colocasia (Colocasia esculenta): The ratio of leaf petiole and corn of Colocasia is 1:3:3:2.04. the boiled Colocasia contain 13% DM, 9.86% CP, 1.70% EE,8.53% CF, 74.83% NFE,5.08% TA and 4150 Kcal GE/kg. Colocasia whole plant can replace 20% concentrate in pig ration. It is reported that whole concentrate can be replaced by 10% with aerial part of Colocasia esculenta without affecting the growth, nutrient utilization, feed conversion efficiency and production cost in grower crossbred pigs.

7. Bakery waste: A large amount of waste is generated during processing and marketing of bakery items. Bakery waste contains 9.78 ±0.76 per cent protein and 80.90± 0.76 per cent NFE. It is reported that maize can be replaced up to 50% with bakery waste for formulation of economic ration without affecting the growth and FCR. The cost of production per kg live weight can be reduced by bakery waste.

10. Gauva meal: Gauva is mainly grown for its edible fruits that are eaten raw or made into different value added products. Gauva processing yields 25% by-products that can be used in animal feeding. Gauva meal contains 8.96± 0.21 % crude protein. Supplementation of gauva fruit at 5 to 10% in growing crossbred pigs was found to improve the digestibility of nutrients and also improved the growth rate. 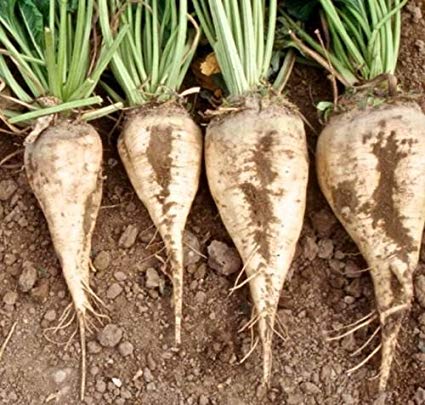 10. Sugar beet: Sugar beet is usually grown for domestic use but can be used as feed for pig when produced in excess. Fresh sugar beets are frequently fed to animals. They are well liked by cattle and pigs and may be included in pig diets. Pig diets can beneficially include up to 20% of sugar beet. They are mainly an energy feed due to their high content of water-soluble carbohydrates (55 to 70% DM, mostly sucrose). Fodder beet roots are a palatable energy feed for growing pigs. They can be fed fresh, dried or ensiled. Lysine (2.3 to 4.3% of protein) is likely to be the first limiting amino acid in fodder beet. It was reported that 10% replacement of maize with sugar beet did not alter production performance of crossbred grower pigs.

Some of the novel protein rich ingredients are

1. Coconut meal (Copra meal): it contains about 20-26% protein and poor in lysine and methionine. Due to poor quality of protein and high fiber its level of inclusion in pig ration is restricted.

2. Linseed meal (Linum usitatissimum): Linseed meal contains 35% protein but low in lysine and tryptophan. It contains the antinutritional factors, Linatin (an antipyridoxine) and linamarin (a cyanogenic glucoside). The HCN content of linseed meal is 10-300 mg/kg meal.

7. Azolla: Azolla contains 25.35% protein, 10.15% mineral and 7-19% a combination of amino acids, bio active substances and bio polymers. Azolla is very rich in proteins, essential amino acids, vitamins (A, B12, β carotene) and growth promoter intermediaries and minerals (calcium, phosphorous, potassium, iron, copper, magnesium etc.). Carbohydrates and oil content are very low in Azolla. Azolla can be easily digested by the pig, owing to its high protein and low lignin content. Azolla is used as a feed for pigs and ducks. The lysine content in azolla is more than twice that of maize grain. It can produce 9 tonnes of protein per hectare of pond per year. It is reported that azolla supplementation@ 2% in growing finishing diet of pigs reduced the cost of production per kg gain in weight as reported.

9. Moringa (Moringa oleifera): Moringa leaves are an unconventional feed for pigs with valuable source of protein (23-24% on DM). Supplemention of moringa leaves @ 5% in the concentrate mixture of crossbred grower pigs improved the growth and feed conversion ratio. It also reduces the cost of production.

10. Feather meal: the protein of feather meal is more than 80%. It can be incorporated up to 55 or less in the pig ration.

11. Hatchery by-product meal: It consists of infertile eggs, dead embryos, shells of hatched eggs and unsalable chicken which can be made into a useful feed by cooking, drying and grinding. It contains about 45 to 55% protein, 15 to 25 % calcium and 10 to 13% fat de pending upon the types of material used. The inclusion level in pig is 5% or less.

12. Deoiled silkworm pupae meal: it is a good source of protein (>65%) and phosphorous. It is rich in lysine, methionine, arginine, tryptophan and isoleocine, but low in threonine. It can replace up to 100 % of soyabean meal in diets for growing and finishing pigs with non-defatted silkworm meal with no effect on growth performances and carcass characteristics. It can fully replace fish meal in the diet of growing and finishing pigs without altering carcass and meat quality and blood parameters as reported.

Conclusion:
Since feed cost plays a major role in determining the profitability of a piggery farm, it is a prime concern to a pig farmer to reduce the feed cost in order to bring profit to the piggery farm. Novel feeds which are not traditionally been used in animal feeding are available in large quantities at a cheaper rate. Such types of ingredients can be mixed with conventional feed ingredients to formulate an economic swine ration. Some of the novel feed like cassava, azolla and ankada leaves can be used as sources of protein while cassava tubers, sweet potato, banana pseudo stem, colocasia can be used as a source of energy in the swine ration. Morever, azolla and radish can also be used as sources of minerals and vitamins in the diet of swine. Brewer’s rice products can also be used as sources of protein in swine ration after mixing with other ingredients like rice polish, wheat bran etc.