COVID-19: From zero capacity to 3 BSL labs by August-end in Nagaland 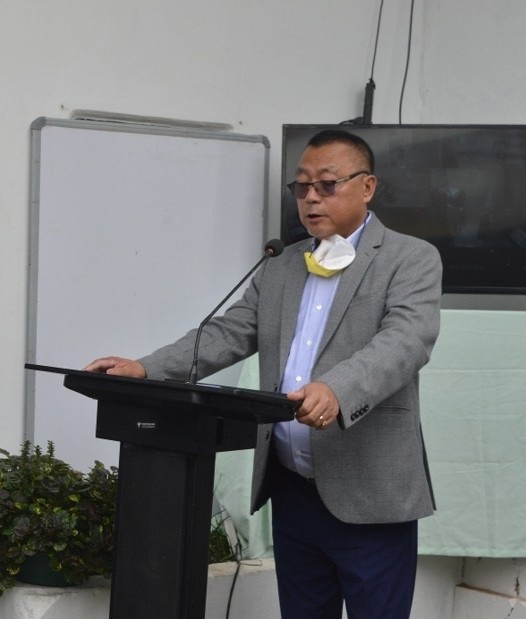 The State now has a capacity to test over 1200 samples per day, says Pangnyu

From zero capacity to test COVID-19, Nagaland had been able to set up and make functional 2 Biosafety Level (BSL) laboratories and another is expected to function by August-end, Health and Family Welfare Minister, S Pangnyu Phom informed the State’s Assembly on Thursday.

The first laboratory (BSL-3) was commissioned on May 31 at Naga Hospital Authority Kohima, followed by another (BSL-2) at the Christian Institute of Health Sciences and Research, Dimapur on June 27.

“Another BSL-2 laboratory is being set up at District Hospital Tuensang which is expected to be commissioned by the end of August 2020,” Pangnyu informed while making a statement on COVID-19 during the 6th session of 13th Nagaland Legislative Assembly (NLA) on August 13.

As a result, the Minister said the State now has a capacity to test over 1200 samples per day while Rapid Antigen Detection Tests are also now made available for COVID-19 testing.

“To meet the demand of unfolding challenges, private hospitals and laboratories have been permitted for COVID-19 testing by Truenat as well as by Rapid Antigen Detection Test as per Ministry’s Guideline,” he added.

Further highlighting the ramping up of health infrastructure, Pangnyu said that COVID Hospitals have been setup in all districts for management of severe cases and while COVID Care Centres were put in place for asymptomatic and mild cases.

“There were only 66 isolation beds as of 7th March 2020 but now it has increased to 624 including Isolation beds and 57 ICU beds with 51 ventilators which is being further expanded,” he maintained.

Stating that while science has not been able to find a definite solution to protect people from COVID-19, however the Minister said that “it has been proven that the virus can be contained and it must be contained at any cost.”

“The most important measures to prevent and control COVID-19 is to stay healthy, not get infected ourselves, and prevent others as well from getting infected,” he said calling for adhering the safety protocol issued by concerned authorities from time to time.

The one-day session of the 13th NLA was held amid boycott by the opposition Naga People’s Front (NPF) on Thursday.