GPRN/NSCN call on others for ‘reconciliation’ 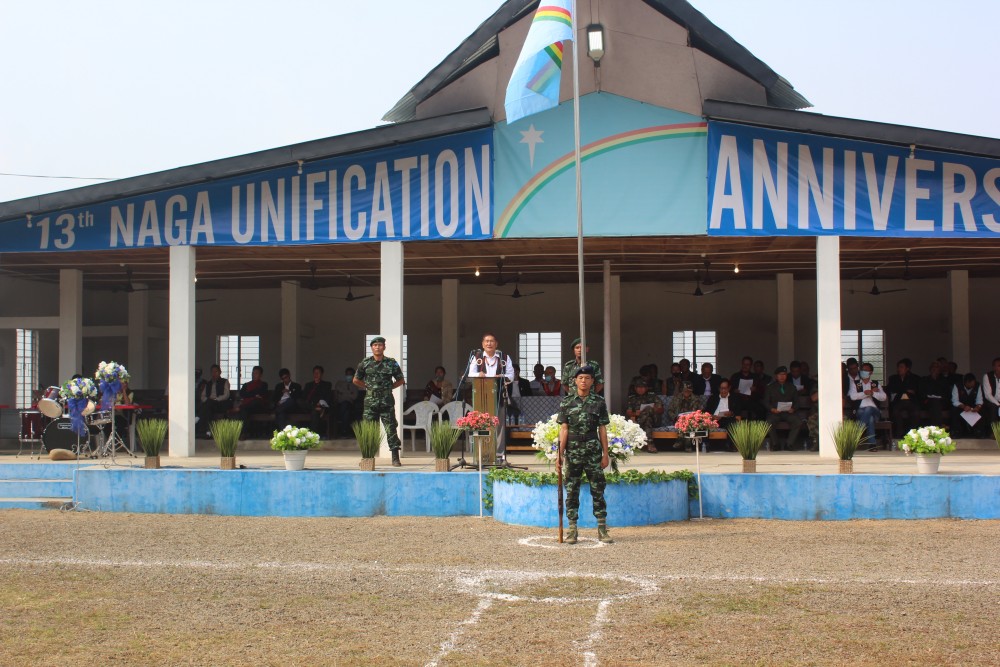 On the occasion, President of the GPRN/NSCN, Gen (Retd) MB Neokpao Konyak urged other Naga groups to join them in “reconciling with each other.”

Although complete reconciliation and unity is yet to be achieved, the spirit and commitment of the Covenant of Reconciliation is a working principle of WC, NNPGs, he added.

He asserted that they have “never wavered’ from the idea of Naga reconciliation and said that the seven Naga political groups (WC, NNPGs) are on “a threshold of a political solution that is honorable and acceptable to the Naga people…”

“We will continue to reach out and consult other Naga brethren in Myanmar, Manipur, Arunachal Pradesh, Assam and also maintain cordial relationship with our neighbours for peaceful harmonious co-existence,” he added.

‘A significant step towards Naga unity’

The GPRN/NSCN President acknowledged ‘all Naga comrades’ who have sacrificed their lives to propagate peace and unity amongst Naga brothers. He also appreciated the FNR, Churches, GBs, DBs, Tribal Hohos, mothers, students, intellectuals, concerned Naga citizens and well wishers “who assisted, prayed and expressed solidarity during the tumultuous days of Naga unification.”

He further recounted how the unification pact was signed between the NSCN (IM) and the NSCN (K) in 2007. Konyak acknowledged the “selfless and committed effort” of the Church leaders, Tribal Hoho leaders and GB/DBs in bringing about the meeting between the NSCN (IM) and NSCN (K) leaders for Naga unity on November 21 and 22 at Hovishe Village under Niuland Area, where “all grounds were cleared and Naga unification was agreed upon.”

“On 23rd Nov. 2007, Mr. Azheto Chophy, the then Kilo Kilonser of NSCN(IM) and Mr. C Singson the then Cabinet Kilonser in the NSCN (K), in presence of hundreds of national workers of both sides, signed the unification pact, taking a significant step towards a much needed Naga unity,” he added.

“In our long history of conflict with the British Raj and later Indian occupation of our land, the adversaries managed to sow seeds of discord and employed policy of divide and rule in Naga homeland. Earlier in the 1950s and 60s, there were few bold attempts by the Church leaders and tribal leaders but problems persisted,” Konyak said.

He recounted how the Shillong Accord of 1975 and the formation of NSCN in 1980 and split in 1988 increased factionalism and fratricidal killings among the Nagas. “The Naga family feud began to overshadow the greater purpose of Nagas,” he said.

The unification effort on November 22, 2007 remains a key milestone in Naga history, Konyak said, adding that it opened ‘a genuine door’ to Naga nationalist leaders and followers to retrospect and reconcile with one another.

Konyak further stated that the 2007 Naga unification effort had the endorsement and approval of both the presidents namely Isak Chishi Swu and SS Khaplang.

He then recounted the formation of the Forum for Naga Reconciliation (FNR) on May 7, 2008 and the ‘historic’ meetings that took place between the Naga Political Groups.

Citing the text of the Covenant, Konyak said, “We resolve to continue to work together in this spirit of love, non-violence, peace and respect to resolve outstanding issues amongst us.”

Earlier, the Naga national flag was hoisted by Chief Guest Zutovi Swu, convener of NPAC, GPRN/NSCN. A military drill was displayed by the Naga army and obituary moment was also observed for the departed souls of national workers.

Hothrong Yimchunger, Advisor to Collective Leadership, shared a brief account of the events leading to the unification of the ‘warring’ Naga national groups and the prevailing issue of the Naga national movement. The programme concluded with a benediction pronounced by Hukavi, chaplain of GHQ, it added.

‘Not all disabilities are visible’
Nagaland / 3rd December 2020 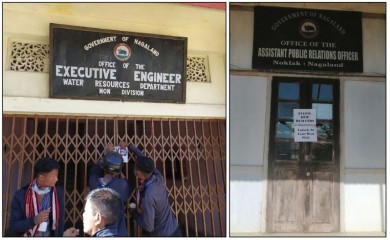