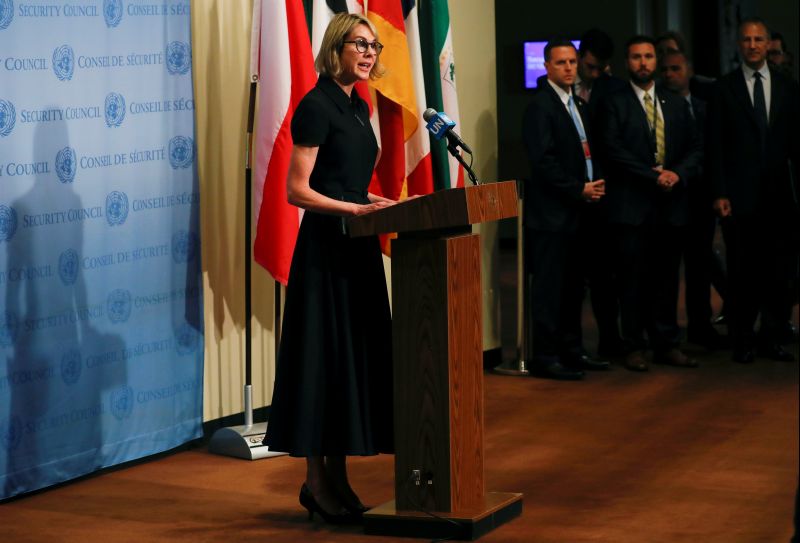 The former U.S. ambassador to Canada replaces Nikki Haley, who stepped down at the end of 2018 after two years. Craft was U.S. President Donald Trump's second choice - he had planned to nominate former State Department spokeswoman Heather Nauert, but she withdrew from consideration for family reasons.

"In a world marked by humanitarian crises, the geopolitical challenges, strong American leadership is absolutely critical and I intend to provide it," Craft told reporters after meeting with U.N. Secretary-General Antonio Guterres and voting on three U.N. Security Council resolutions.

"I will defend America's values and interests. I will stand by our friends and allies. I will advocate for the poor and the weak. And I will never fail to work with those who genuinely wish to advance the cause of human dignity," she said.

Unlike Haley, Craft is not a member of Trump's cabinet. She will face a variety of challenges, including defending Trump's "America First" policy and navigating his criticism of the world body while getting global diplomats to back U.S. initiatives.

Russian U.N. Ambassador Vassily Nebenzia, president of the 15-member Security Council for September, welcomed Craft to her first meeting, saying: "We have long awaited for this and we sincerely look forward to a fruitful, constructive and hopefully a lengthy cooperation."

"It is a profound personal honor to hold the president's confidence and this is a confidence I will seek to maintain and grow as I continue to convey the reinvigorated policies of this administration," said Craft, a top Republican donor from the southern state of Kentucky.

She praised Trump's "bold leadership" and vowed to be a voice of "America's unwavering commitment to democracy, freedom, human rights and whenever possible the peaceful resolution of conflicts."