Extended ‘Issue based’ support only after insertion of protective ‘provisions’: KG Kenye on CAA 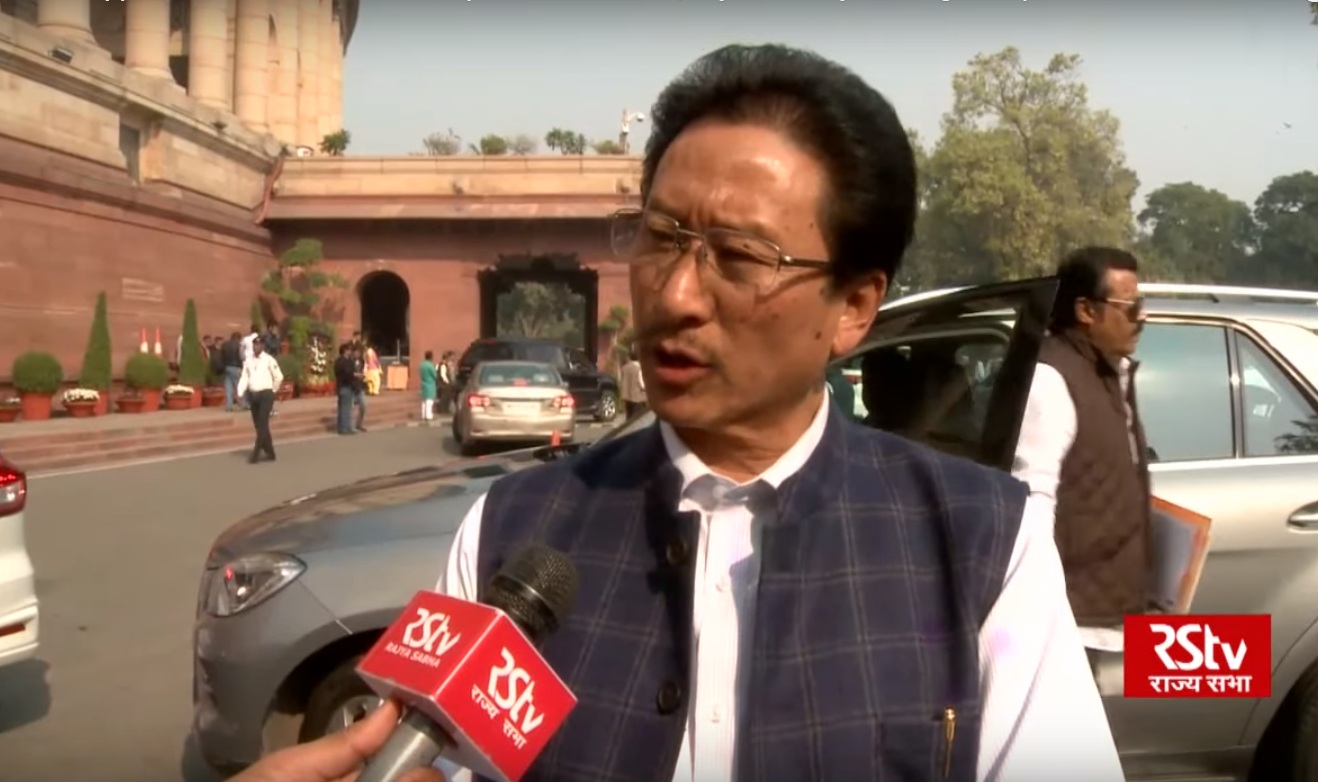 Kohima, January 15 (MExN): Nagaland's lone Member of Parliament (Rajya Sabha), KG Kenye today reiterated that he extended “issue based” support to the Citizen Amendment Bill (CAB) when it was placed for voting in the Upper House only after insertion of protective “provisions.”

The provisions, according the MP, were made by rectifying the old CAB 2016 and incorporating a special ‘Section 6B Clause 4’ in new redrafted Amendment Bill of December 9, which was passed by both the Houses of Parliament and has now become the Citizen Amendment Act (CAA).

The sections reads, “Nothing in this section shall apply to tribal area of Assam, Meghalaya, Mizoram or Tripura as included in the sixth schedule to the Constitution and the area covered under ‘The Inner- Line’ notified under the Bengal Eastern Frontier Regulation,1873.”

It was due to the determined stand by representatives from North East that the two most important essences which were missing for the last 64 years have now been addressed, Kenye maintained.

The first one is “Subjecting and binding the provision of the ILP (BEFR of 1873) on all citizens of India under ‘Restrictions and Conditions’ in the Principal Citizenship Act of 1955.”

The other ensures “the permanent extension and coverage of the ILP (BEFR 1873) Regulation in the referred Tribal Areas (Nagaland). Thus, giving it a permanent nature which cannot be scrapped by a mere Union Government Notification/ Memo/order,” he elaborated.

And unlike the earlier position, he maintained that the ILP-BEFR 1873 now “cannot be challenged in any Court of Law which otherwise was dragged to the Supreme Court of India.”

In a statement addressed to the ‘fellow Citizens of Nagaland,’ on the reason why he supported the rectified CAB, Kenye underscored that while all the Opposition MPs from North Eastern States were protesting against CAB 2016 “shoulder to shoulders inside or outside the Parliament,” they were a “hopeless minority both inside the Parliament and in the country.”

“Even clubbed together the 8 N.E States together form a bare 5% of the national census thereby, reducing the numerical strength of the M.Ps in both the Houses of the Parliament to an abject minority,” he said.

Under the given circumstances with no options left “we focused our efforts towards the inclusion of the ILP Bengal Eastern Frontier Regulation of 1873 and restore its full powers and position in the Constitution through an Enactment of the Citizenship Act in the 9th Amendment Bill of 9th December 2019,” he added.

In pursuance of the Action Plan, the MP informed that he also led the debate on the motion of thanks to the Presidential Address in the Monsoon Session in June/July 2019 in Rajya Sabha and have suggested working out certain modalities and mechanism for each State respectively in the North-Eastern region due to the different situation and history.

This was followed by a series of protest outside the Parliament of India.

“Hectic parleys, lobbying and consultations continued also with the Nagaland Team on the December 3, 2019 in New Delhi and it continued till the new Bill was rectified” in the last minute to incorporate the aforesaid changes, the MP said.

Explaining the chain of events, he also regretted the delay in reaching-out in time as the representative from the state to justify his action.

“For want of completing Party formalities and the resultant misfortune, I profoundly regret the delay in reaching-out to you in time,” Kenye said.

Kenye, was suspended from both the primary and active membership of the Naga People’s Front (NPF), on January 8 till further orders for voting in favour CAA in Parliament last month.

Meanwhile, after clarifying his stand, Kenye batted for strict enforcement of the Provisions of ILP Regulations by Government of Nagaland whether “the infiltrators be illegal immigrants or Foreigners or mainland Citizens of India.”

Should the need arise, the state government must even legislate more provisions to “safe-guard our territorial integrity and Identity while also preserving our Ethos as a people for as long as we remain under this Union as a State,” he added.

The MP maintained that Nagaland has almost “assumed the status of a semi sovereign State after the latest Enactment of Parliament where the ILP equals to a VISA which is the only permit granted by all Foreign Nations to any class of people required for entering their country.”

To bolster and fortify the ILP Regulations, he suggested the state government to explore for creation of an “ILP Enforcement Directorate” having Subordinate District and Sub-Divisional level “Enforcement Squads” across the State since it is now bestowed with sweeping powers.

Kenye further “place on record” his gratitude to the Government of the United Kingdom (Great Britain) on behalf of the “Naga people and all the Indigenous Tribal communities inhabiting the North-Eastern Region who have immensely benefitted under the protective shield of the ILP-BEFR 1873 ever since its inception for the last 147 years.” He also lauded the GoI for incorporating “the most appropriate Act of the Constitution of India under the “Principal Citizenship Act of 1955” through the latest Amendment.”