Rio calls for unity amongst Nagas 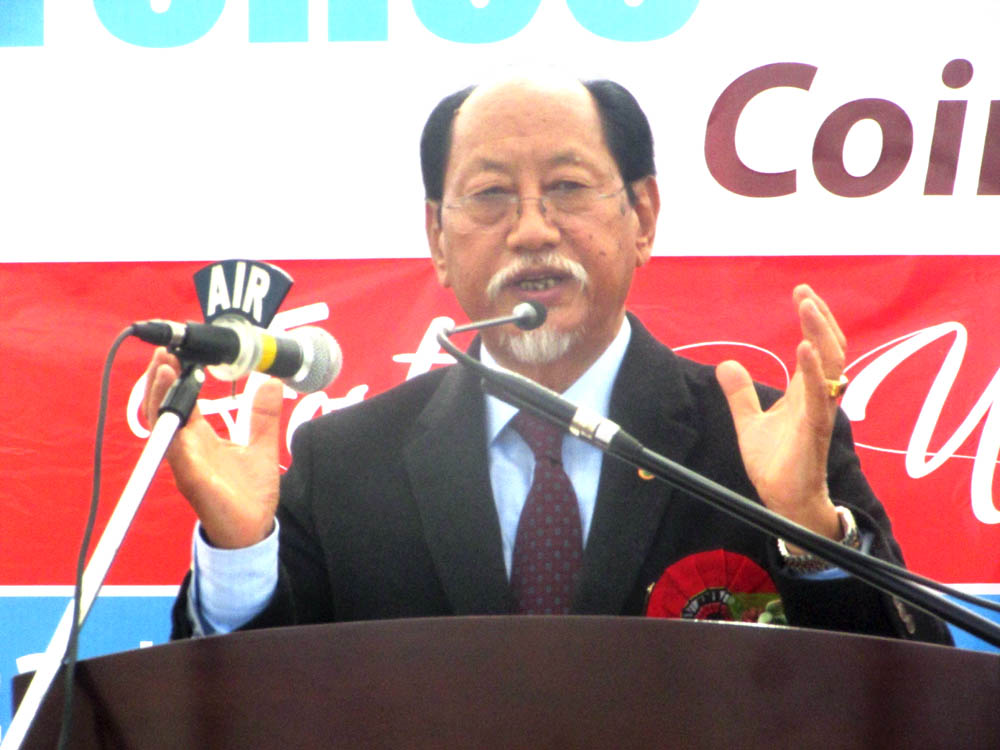 Nagaland Chief Minister Neiphiu Rio on Thursday called for unity among the Naga National Political Groups, civil societies and tribal leaders and find a final settlement to the Indo-Naga issue.

Addressing Pfutseromi Village Students Union platinum jubilee as guest of honour at Pfutseromi village under Phek district, Rio also called upon the students and youth to work together to build the future of the Nagas.

“The Nagas have to unite and find a settlement and the students and youth have to work together to build our future,” Rio said.

He said the Nagas have been suffering for the last seven decades due to non-solution to the Naga political issue while adding that many people talk politics but there is hardly anyone to act and to take the corrective measure.

“But we have to be reasonable and responsible in a manner that what is possible and what is not and what is achievable,” said Rio.

Pointing out that the present student leaders are the future of the society, Rio said they have to take life seriously and learn to equip to face the challenging world. He said education is a very interesting and serious business as it is in one of the best things that have happened to the Nagas after Christianity.

“So, one should pursue education very seriously. We should take the student period seriously so that we build our future with knowledge as a man without education is like a bird without wings,” he added.

Nagaland protected from CAA
On the Citizenship Amendment Act (CAA), Rio said the state government demanded that the Bengal Eastern Frontier Regulation Act (BEFR) 1873 be enforced all over Nagaland, to which the Centre has been kind enough and agreed.

He said Nagas have been exempted and protected from CAA including 6 scheduled tribes of the North East while adding that even the Union Home Minister Amit Shah has also assured that CAA will not affect the Nagas.

Rio also cautioned the Naga people to use ILP carefully. “…Our people should use ILP carefully. Otherwise, the danger will come from our own people who will misuse it. So, it is the duty of the Nagaland government that the ILP is enforced properly.”