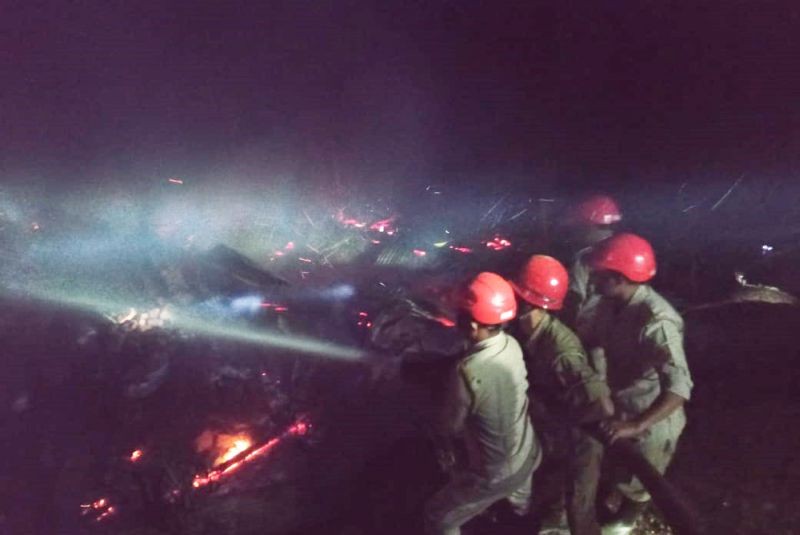 Kohima, April 8 (MExN): The Directorate of Fire & Emergency Services (F&ES) Nagaland informed on Thursday that fire incidents were reported in Longleng and Mon districts on April 6 and 7 resulting in injury and loss of property.

According to a press release from the department, a fire call was received on April 7 at Chingong, Yongnyah Village in Longleng. The F&ES team from Longleng fire station proceeded to control the fire. 7 rooms and 2 kitchens along with an Anganwadi Centre were gutted in the inferno. 4 persons suffered minor injuries and property worth Rs 15 lakh was lost in the fire. However, according to the department, cause of fire could not be ascertained at the time of filing the report.

Meanwhile, in Mon district, the F&ES team from Mon fire station was pressed into action after receiving a fire call around 10:46 pm on April 6 at Tangnyu Village.

The cause of fire is suspected to be from an electrical short circuit, the department informed. One guest house, a kitchen and one katcha house were gutted and property worth Rs 30 lakh was damaged in the fire.