THE UGLY TRUTH: Kohima’s only morgue in shambles 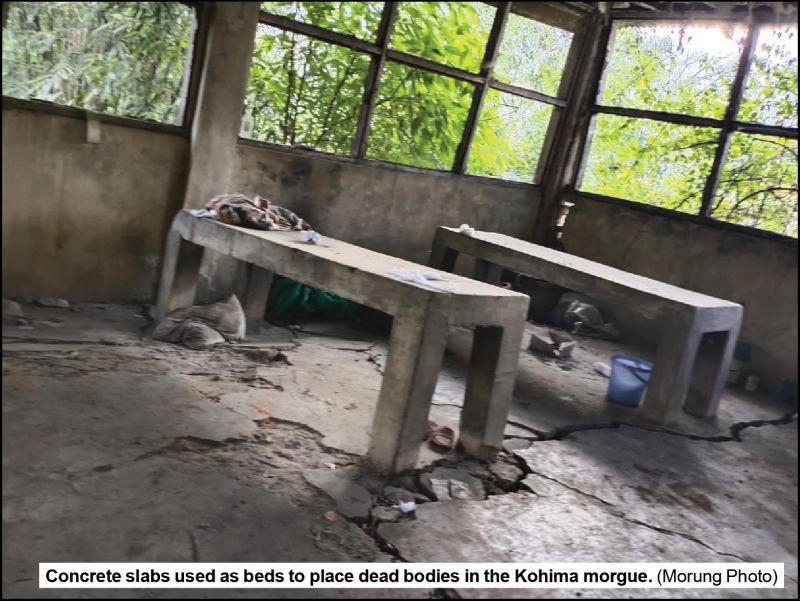 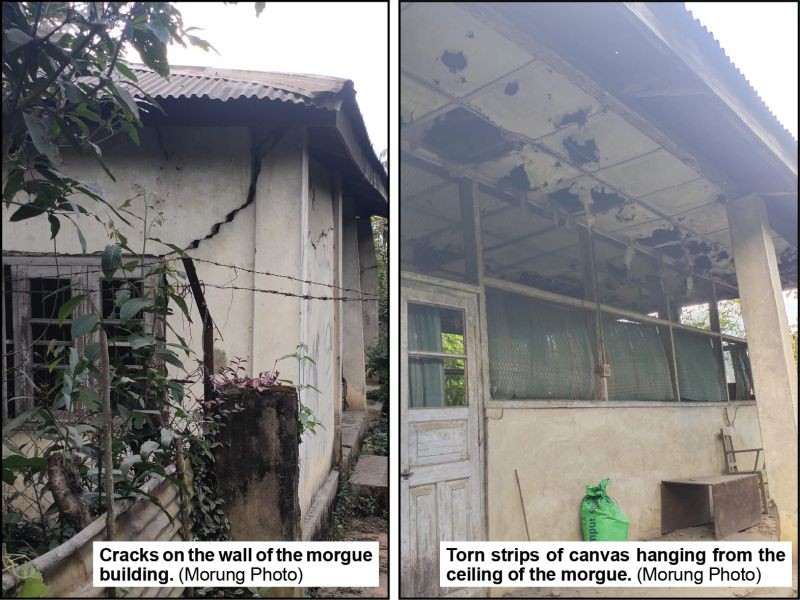 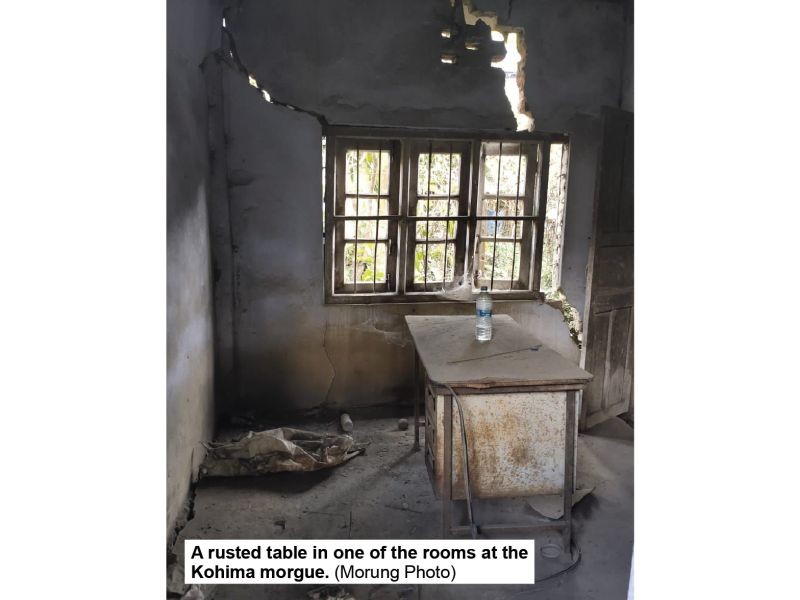 With broken windows and cracked walls, the forlorn building in Paramedical colony in Kohima might come across as an abandoned residence or even a haunted house.

It may however shock many to know that the building is the lone morgue in the State capital. The three room morgue which serves the entire district of Kohima has been lying in neglect for years together.

By definition, a morgue is a place where dead bodies are kept in the refrigerated body store and examined in the post mortem room or that awaits identification or removal for autopsy or respectful burial, cremation or other method.

According to it, the unit/morgue should be located in the same building as the main health facility, away from any public area to ensure that it is appropriately screened from visibility. It also recommended the location should be at ground level to allow easy and discrete access to deliver and/or remove bodies via an exit lobby.

However, on visit, the morgue was found to be located in a public residential area. Also, it is situated away from Naga Hospital Authority Kohima (NHAK) below the national highway, requiring a descent down the steps.

Besides the unhygienic condition both outside and inside, the building itself is on the verge of collapse with huge cracks on the walls and the cemented/ concrete floor.

The three room morgue is empty except for a rusted hospital table in a room and three concrete slabs (beds) to lay down the dead bodies in another room.

The windows and doors which are on the verge of collapse do not have any glass but have dirty and torn curtains while some have ply woods nailed across them, perhaps as a ’quick fix’. Strips of torn canvas also hang from the ceiling like icicles.

Under such conditions, according dignity to the dead seems out of the question as there is no proper room in the morgue to even place a body.

A doctor in the forensic team, on condition of anonymity said that several representations have been submitted in the past describing the conditions of the morgue and the need to rebuild and upgrade the morgue.

For Kohima district, the morgue is the only place where autopsies are conducted, the doctor added.

Asked on how a morgue should be with regard to infrastructure and environment, he said “The autopsy place is supposed to be the cleanest place in the whole of the hospital with a separate exit and entry point, waste room, rest room for the patient attendants, a garden for the bereaved family members to relax, standardised tables and instruments for the autopsy to be done, also an easy route for the vehicle to drop the body to the point etc.”

Following news report on the same, concerned officials and others have reportedly visited the site, but the morgue is yet to see a positive response and action from the government.

“Though it is a relief that the department is planning to set up a state of the art forensic science unit in the Medical College which is under construction, for the time being, a proper morgue with basic facilities is required urgently,” the doctor shared.

He was however quick to add that the department might be ‘having its constraints’ and expressed optimism that it would look into the requirement.

According to other sources, on their recent visit to inspect the morgue, the Health Minister and some officials of the department suggested a place near NHAK for a morgue to be set up for the time being.

Meanwhile, Deputy Director H&FW, Dr Kika Longkumer who is part of the forensic team when queried responded, “We are trying to build the morgue. This has been going on for some time and we are also trying to locate the funds to build a new morgue.”

In this regard, a discussion was held at the beginning of this year but due to the COVID-19 pandemic, the process has been stalled, he said.

Dr Longkumer also informed that until the proposed morgue is constructed at the Medical College, for the time being, a new morgue would be constructed in the same location. The construction, he said is expected to start in the next one or two months time.

The global COVID-19 pandemic has not only affected normalcy, but also exposed the standard of healthcare systems and preparedness of governments.

For now, the morgue in Kohima can only hope to be included in the government’s efforts to improve healthcare infrastructure and services in the State. 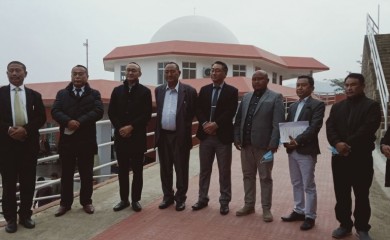