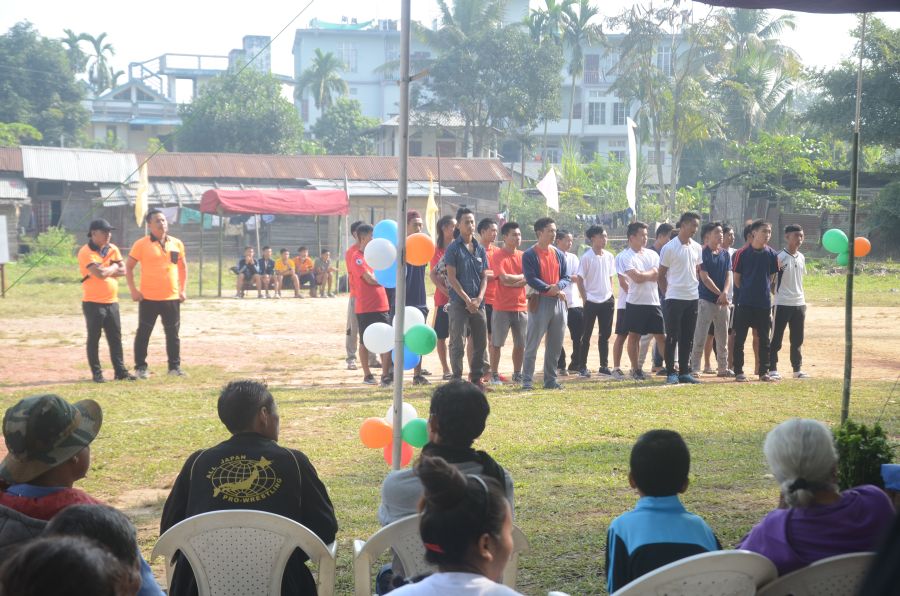 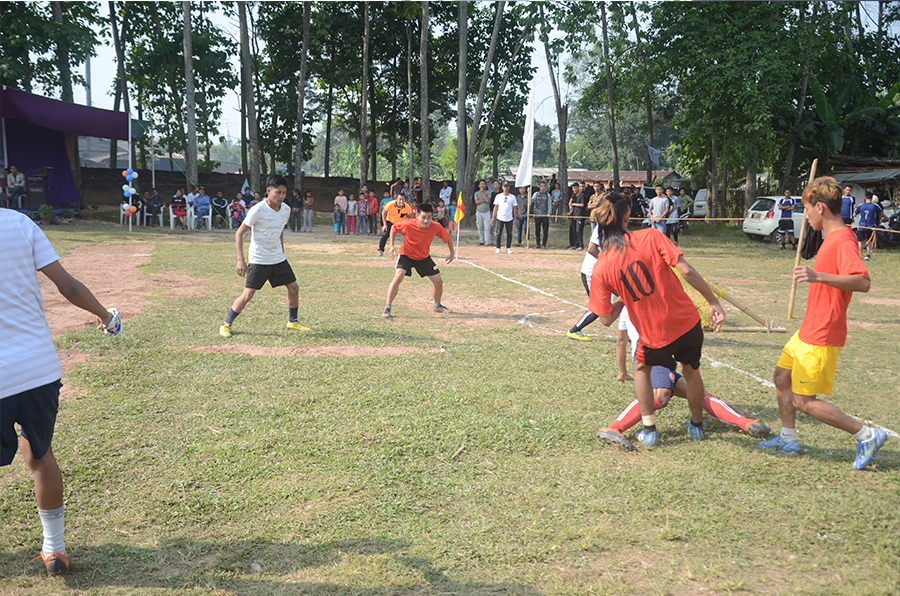 Hectic last-minute preparations marked the opening of the second Theja Football Tournament on the December 2 at Lengrijan, Dimapur.

The football tournament started as a project of the Grace Covenant Church to provide an opportunity to its younger members who love sports but rarely get the chance to participate in tournaments. Lengrijan is on the Assam-Nagaland border and the population comprises a sampling of many communities: Assamese, Bengali, Nepali and mixed Naga tribes make up the majority of the households in the area. “

“Lengrijan is a forgotten place and people ask why we are not holding it in a more prominent place,” the organisers explained, adding that “our whole aim is to encourage this particular community and its members to live healthy.”

“Most of the teams that are participating are made up of mixed groups. We want our children to grow up with a sense of inclusiveness.”

Players and teams from different religions have been welcomed to join the tournament. There is a Nepali football team and a Tibetan football team but the Tibet team may not be participating this year.

In all, the tournament has as many as 12 teams vying for the first prize of Rs 30,000 rupees. Besides the usual prizes for best disciplined team, and highest scorer, they have an additional prize for the most promising player. All the prizes have the object of encouraging and inspiring the young players and teams.

On the opening day, a team comprising young Manipuri workers from the Network counter in Dimapur, participated in a highly exciting match. The other teams came from different churches and colleges in Dimapur.

“We have no sponsors. Everything is done by free will and the tournament was organised as a project to give a healthy activity to the youngsters in the community so that they have an alternative to addictive video games and phone games in the healthy sport of football,” explained Pastor Grace Savino, one of the organisers. “The girls are equally interested in playing, and in the future, the church hopes to provide opportunities for women’s football as well,” she added.

‘Theja’ means ‘blessing’ and the Theja football tournament intends to carry out the goal of being a blessing to the community. The tournament will conclude on the December 5.