Another NPG camp shuts down in Jalukie 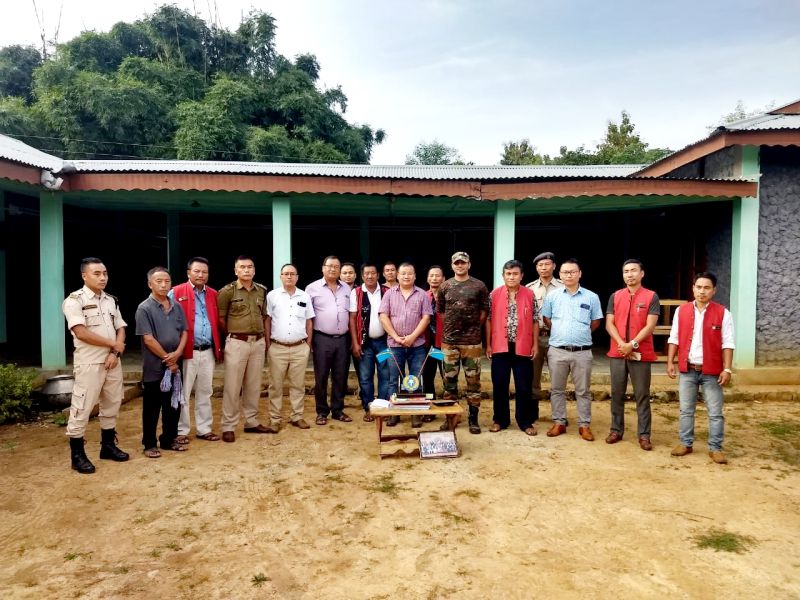 Joint team of security forces, civil administration, Nagaland police, NGOs and concerned public during the closure of an unauthorized office of the NSCN (IM) at Jalukie town on Friday.

DIMAPUR, NOVEMBER 8 (MExN): In continuation with the drive to close down camps of Naga Political Groups (NPGs) other than their designated camps, the Assam Rifles in coordination with civil administration and Nagaland police closed down the Asalu Region of NSCN (IM) in Midland colony in Jalukie town on November 8.

The drive was undertaken done as per the directive of the Ceasefire Monitoring Group (CFMG) chairman, a press statement issued by ADC Jalukie, Dr Tinojongshi Chang.

The authorities of the NSCN (IM) were served with an eviction letter two days back by the security forces. Accordingly, they authorities fully cooperated with the directives and closed down their mess and offices prior to the given time, it added.

NSCN (IM) authorities were also informed by the security forces that military cadres should go back to their designated camps and should not stay in groups in town area, the statement further noted.

GBs of all colonies were urged to request the general public not to allow their premises to be used for such institutions.

The jail-cum-office located in Jalukie town was closed at 1 pm on Friday in the presence of civil authorities, police representatives and Assam Rifles troops, the ADC informed, while adding that keys of the housing were submitted to the ADC office.

All the documents extracted from the office is being kept with security forces which can be taken back by the NSCN (IM) authorities by visiting the Jalukie Camp along with civil administration staff or ward GB, the press statement read.