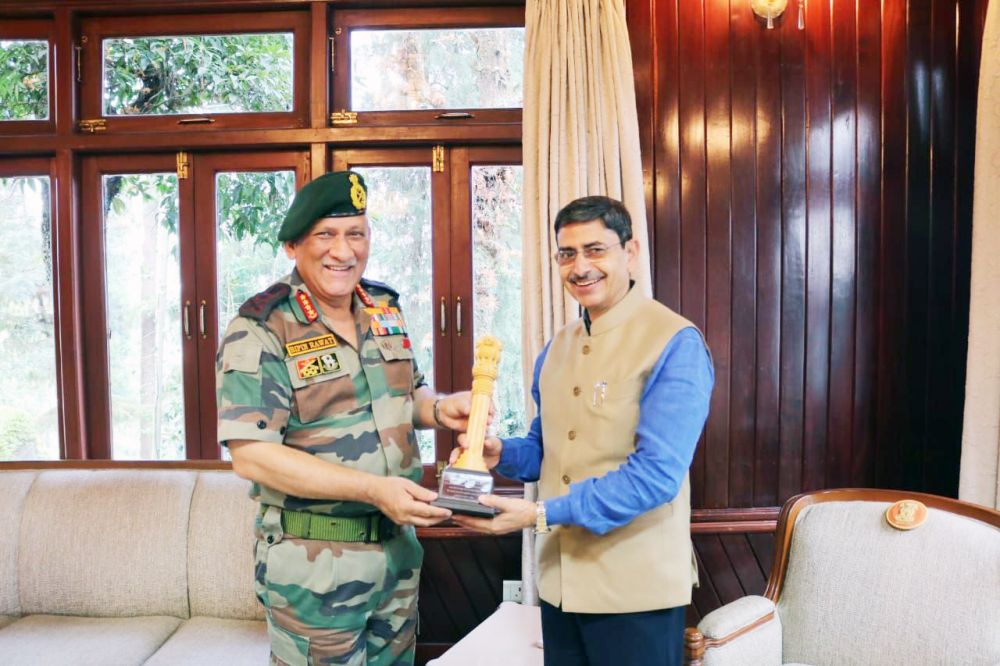 Chief of Army Staff General Bipin Rawat with Governor of Nagaland RN Ravi during his visit to Kohima on November 7. (Photo Courtesy: PRO-Defence)

A press release issued by Lt Col Sumit Sharma, PRO (Defence) stated that on November 7, the COAS had detailed discussion with senior military and civil officials including Chairman Cease Fire Monitoring Group and the Governor, RN Ravi on the security situation in the locality, along the borders and possible way ahead.

The Army Chief discussed security situation in the State and apprised the Governor of the actions being taken by the Indian Army and Assam Rifles in coordination with civilian agencies, in maintaining peace and tranquility in the state and along the Indo-Myanmar border. At Rangapahar Mil Station the COAS interacted with officers and men and exhorted them to continue working for the cause of the organisation.

The COAS, during his visit also interacted with officers and soldiers of Headquarter Eastern Command at Kolkata on November 8. He praised them for their professionalism and exhorted the troops to continue to work with zeal and dedication to overcome all challenges in the future. The COAS appreciated the high standards of operational readiness and expressed his confidence over the capability of the formations in the Eastern Command theatre.