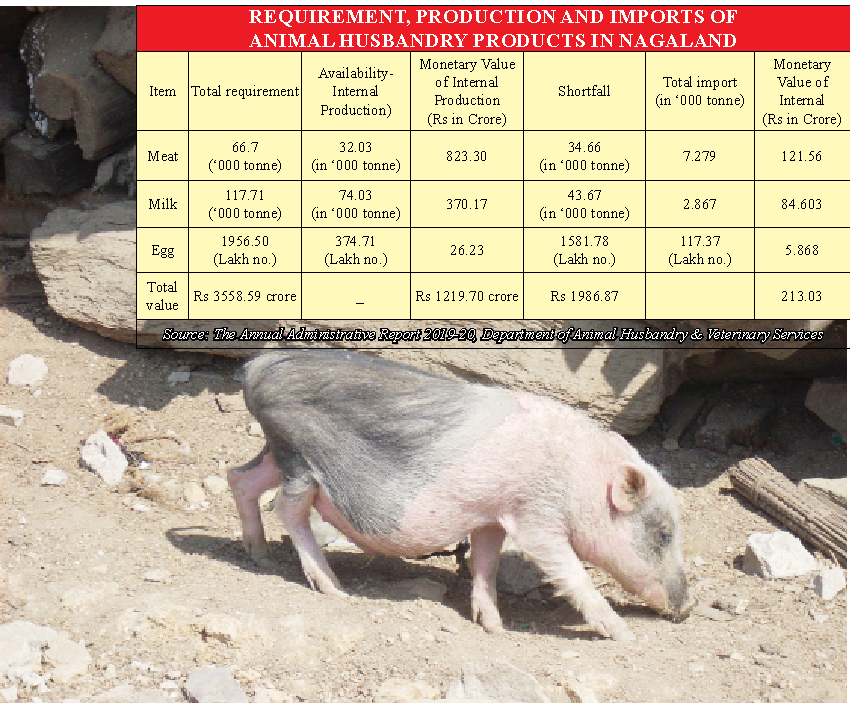 The production of animal husbandry products in the Nagaland has been gradually increasing though the state is facing a shortfall of 56.65%, according to a departmental report.

The Annual Administrative Report 2019-20 of the Department of Animal Husbandry & Veterinary Services (AH&VS), citing the Sample Survey Report of 2018-19, stated that the state produced 43.35% of the total requirement worth of Rs. 1219.70 crore leaving a shortfall of 56.65%.

Out of this shortfall, the state imported animal husbandry products worth of Rs. 212.03 crore in monetary terms. The report was tabled at the ongoing Nagaland State Assembly session on February 8.

Despite the gap that exist today in terms of demand and supply, it further stated that the import quantum of Animal Husbandry Products is gradually reducing when compared with the base level of 2001-02 which in monetary terms stands at Rs. 375.00 crores and in 2018-19 import value is been calculated at Rs. 212.03 crore.

“This declining import quantum suggests that there is a positive correlation between State Domestic Products and the existing human population. Besides, the per capita availability of meat and milk in the State is satisfactory, inspite of being low, the fact remains that the food habit of Nagas are changing in this modern era as Urban population relies on balanced foods like rice, meat, milk, vegetables, fruits, wheat and its products and not highly dependent on meat as it was decade ago,” the report stated.

In terms of imports, the state imported meat worth Rs 121.56 crore by importing 7.279 tonne. However, the total shortage of meat in the state stood at 34.66 tonne.

Immense potential
In this connection, the AH&VS report noted are immense potentials and scopes for Animal Husbandry development in the State in terms of demand & supply.

Livestock and poultry farming has been an integral part of the people of Nagaland and symbolic to the health as well as wealth of a Naga family, it said, adding animal husbandry practices have been playing a pivotal role in supplementing family income and generating employment.

Expressing concern over the increasing unemployment, the report, given the shortages, animal husbandry practices can play a big role in correcting the problem.

“In the absence of any organized industry in the state, Animal Husbandry & Dairying alone can absorb a large fraction of such vast number of unemployed in the state for employment generating and also contribute to the state GDP,” it stated.

The report further stated that while rural migration to urban areas is a continuous and irreversible process, the report stated, “This tendency to opt for urban life can be greatly reduced if the living standard of the rural economy is improved.”

“Livestock farming in a scientific and profitable way can play a vital role in improving the rural economy thereby encourage the people ‘back to the farm’ to stop or reduce rural migration,” it added. 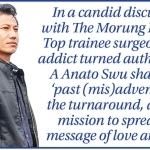