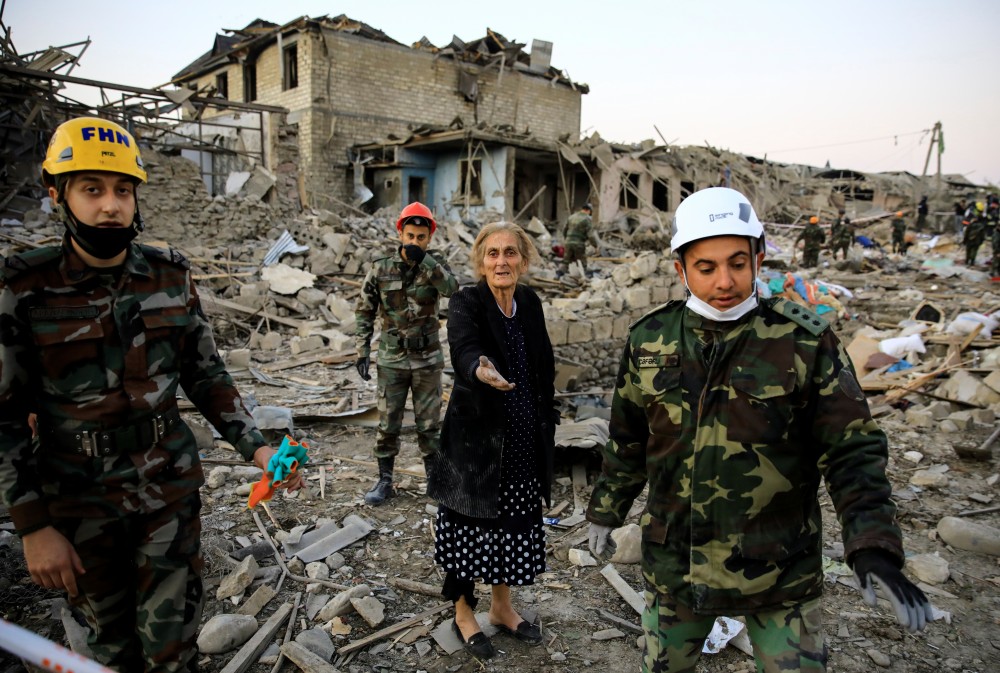 A woman reacts while standing on the ruins of her home as search and rescue teams work on a blast site hit by a rocket during the fighting over the breakaway region of Nagorno-Karabakh, in the city of Ganja, Azerbaijan October 17, 2020. REUTERS/Umit Bektas
World
18th October 2020

BAKU/YEREVAN, October 18 (Reuters): Armenia and Azerbaijan agreed on Saturday to a new humanitarian ceasefire from midnight (2000 GMT) in fighting over Azerbaijan's ethnic Armenian-controlled enclave of Nagorno-Karabakh, both countries said in identical statements.

Azerbaijan and Armenia had accused each other earlier on Saturday of fresh attacks in violation of a week-old Russian-brokered truce that had failed to halt the worst fighting in the South Caucasus since the 1990s.

Baku said 13 civilians had been killed and more than 50 wounded in the city of Ganja by an Armenian missile attack, while Yerevan accused Azerbaijan of continued shelling.

The fighting is the worst in the region since Azerbaijan and ethnic Armenian forces went to war in the 1990s over Nagorno-Karabakh, a territory that is internationally recognised as part of Azerbaijan but populated and governed by ethnic Armenians.

Russian Foreign Minister Sergei Lavrov, who mediated the ceasefire talks a week ago, talked to his Armenian and Azeri counterparts by phone on Saturday and stressed that the truce should be observed, the Russian foreign ministry said.

Nagorno-Karabakh's foreign ministry said in a statement following the announcement: "We welcome the efforts of the OSCE Minsk Group Co-Chairs as well as Armenia to achieve a ceasefire in the Azerbaijani-Karabakh conflict zone as well as to reduce tensions.

"Nagorno-Karabakh reaffirms its readiness to maintain the terms of the humanitarian ceasefire on a reciprocal basis ... according to the Moscow statement of Oct. 10 and the agreements of Oct. 17."

The Minsk group is led by Russia, France and the United States.

French President Emmanuel Macron said the ceasefire must be unconditional and strictly respected by both sides. 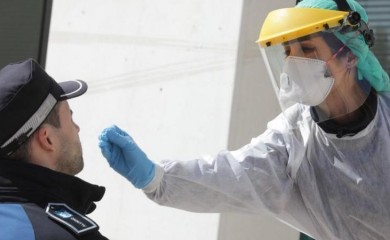 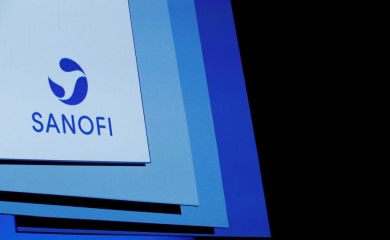 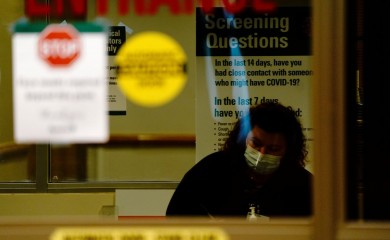