.303 rifles to be used by Home Guards in UP panchayat polls 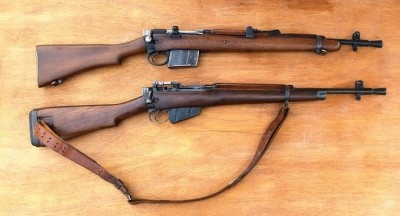 Lucknow, April 3 (IANS): The .303 rifles which had been discarded earlier will once again be used in the upcoming Uttar Pradesh panchayat elections by the Home Guards.

Prashant Kumar said that as per the requirement in the districts, Home Guards trained in handling .303 rifles would be deployed on duty. The decision would be taken by the SPs of the districts concerned about how many Home Guards would be armed with these rifles.

After the election, these rifles would be deposited back in the warehouse.

In every phase of the state panchayat elections, 66,444 Home Guards would be deployed on duty. Apart from this, police personnel would be posted in their respective zones for election duty. Deployment of Pradeshik Armed Constabulary (PAC), Home Guards and Prantiya Rakshak Dal (PRD) troopers would be done from the Director General Of Police (DGP) headquarters.

The .303 rifles which had been the used by the police since the British era were not being used anymore in the state.

The Home Guards are well-trained to use .303 rifles while the policemen are now using Indian Small Arms System (INSAS) rifles.