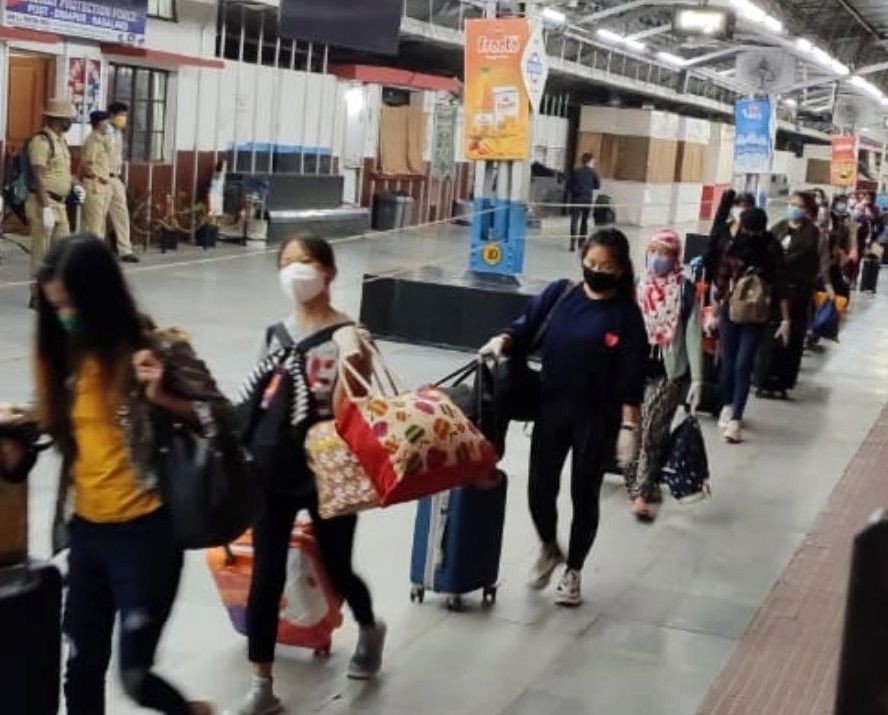 Returnees ‘deboarding’ from a Shramik Special train operated by the Indian Railways at a station under NFR jurisdiction. (Photo Courtesy: CPRO NFR)

Guwahati, July 2 (MExN): Out of 4500 Shramik Special trains operated so far by the Indian Railways, about 665 have arrived till date in the Northeast Frontier Railway (NFR) area, an official release informed today.

In addition, 431 arrived in Katihar division and 96 in the Alipurduar division under NFR till last month with the stranded people of Bihar and North Bengal areas, it said.

All these trains helped lakhs of stranded people of North Bengal and Bihar areas to reach their home state during the lock-down period till today, it added.

Meanwhile, it further informed that 34 Shramik Special trains have also originated from various stations under NFR’s jurisdiction of to carry stranded people from these states to their native places.