Big B posted an Instagram picture from a recording studio, where he is seen sitting in front of a mic and looking at a screen. He wears a tracksuit and a face mask.

The veteran, who turns 78 on Sunday, is all set to star in a new multi-lingual mega project co-starring Telugu superstar Prabhas and actress Deepika Padukone. The yet-untitled film is slated to release in 2022. The multi-lingual film is backed by the South Indian production house Vyjayanthi Movies, popular for projects such as "Mahanati", "Agni Parvatam" and "Indra".

This is the first time Prabhas collaborates with Big B or Deepika. The two Bollywood stars have earlier worked together in the films "Aarakshan" and "Piku". 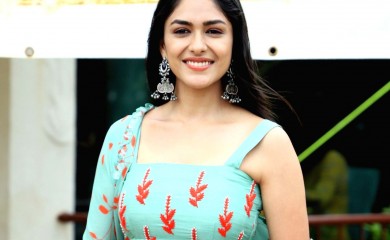