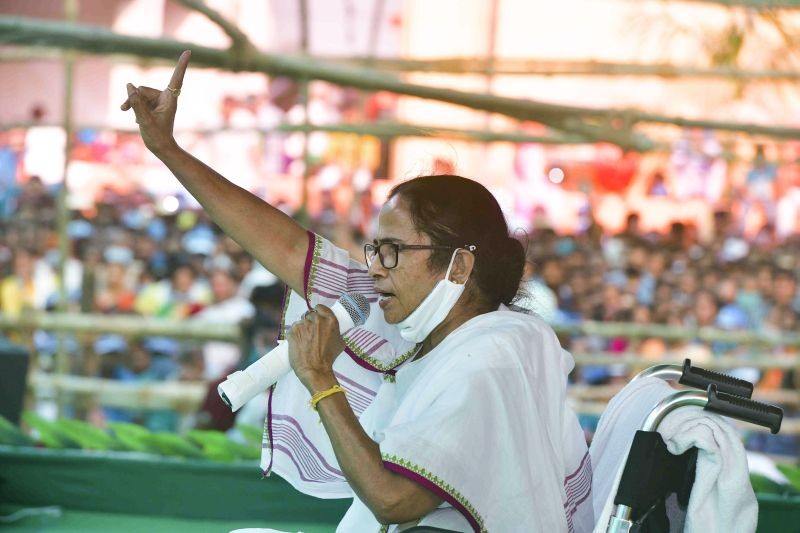 Chennai, April 4 (PTI): The high octane campaign for the April 6 Tamil Nadu Assembly elections ended on Sunday at 7 pm, with the stage now set for the polling on April 6 which will decide whether it will a hat-trick of terms for the AIADMK or the return of DMK after a decade in opposition.

The Election Commission said items and cash totally worth over Rs 428 crore have been seized in the run-up to the polls.

Leaders, including Palaniswami and Stalin hit the campaign trail on the last day, even as they have been criss-crossing the state for hectic electioneering, the former in a bid to ensure a record third term, while the latter is keen to upset his rival's chances.

The Election Commission has made it clear that no campaign activity shall be held from now on, including in social media and through other forms of electronic communication that includes SMS.

Over 6.28 crore eligible voters will choose 234 members of the 3,998 contesting the elections.

In this phase, elections will be held in parts of rural Howrah, the Sunderban region, the Diamond Harbour and Baruipur belts in the South 24 Parganas, and parts of the Hooghly district.

The campaign ended at 5 pm with elections scheduled to be held on Tuesday.

The BJP's campaign was led by Prime Minister Narendra Modi who addressed several public meetings in these three districts. Besides, Home Minister Amit Shah, BJP president JP Nadda, UP Chief Minister Yogi Adityanath and Union minister Smriti Irani held a slew of rallies and roadshows in the last few days in these areas.

The Trinamool Congress's charge was led by Chief Minister Mamata Banerjee, even as TMC MP and her nephew Abhishek Banerjee addressed a significant number of rallies.

The Left-led alliance focussed more on street-corner meets, small gatherings and door-to-door visits in absence of a face to counter Modi and Banerjee at large rallies.

Elections to the 294-member West Bengal assembly are being held in eight phases. The first two phases were on March 27 and April 1. Votes will be counted on May 2.