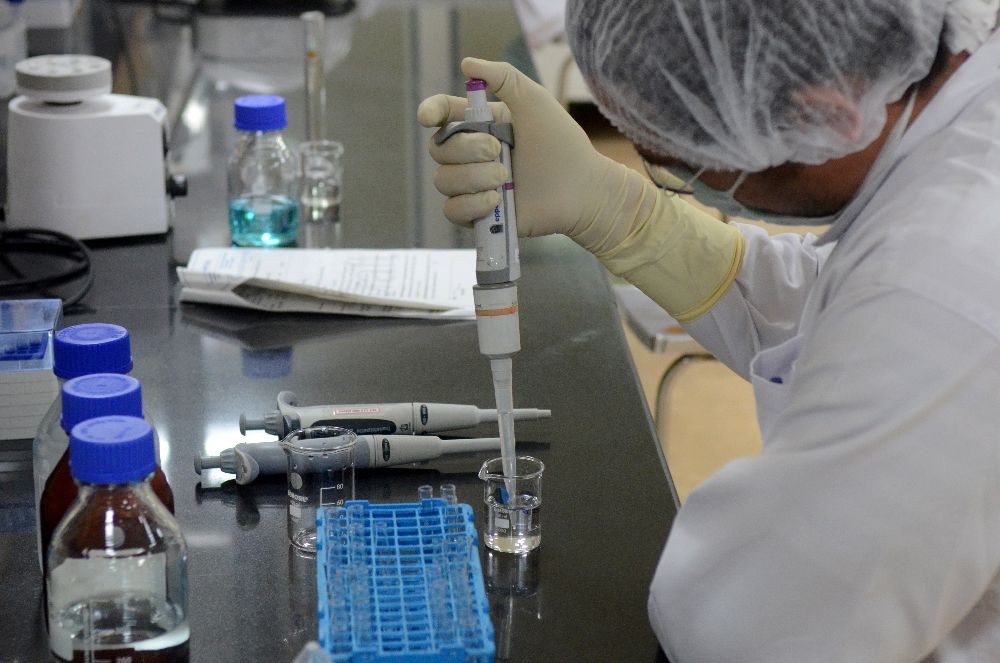 A research scientist works inside a laboratory of India's Serum Institute, the world's largest maker of vaccines, which is working on vaccines against the coronavirus disease (COVID-19) in Pune, India, May 18, 2020. Picture taken May 18, 2020. REUTERS/Euan Rocha/File Photo
India
24th November 2020

NEW DELHI, November 24 (Reuters) - Indian Prime Minister Narendra Modi warned on Tuesday that any COVID-19 vaccine could lead to side-effects in some people, as even popular medicines do, and that the government would only go by science in finalising one for the country.

The comments came ahead of the possible launch of the Oxford-AstraZeneca vaccine by early next year in India, the country with the world's second-highest number of coronavirus infections after the United States.

The question of who pays any claims for damages for unexpected side-effects has been a tricky point in supply negotiations between countries and drug makers over potential vaccines. Some richer countries have agreed full or partial exemptions from liability for firms to secure shots.

Indian officials have not commented on who would be held responsible if any vaccine led to serious unwanted consequences. Brazil has said it will not exempt vaccine makers from liability, but Mexico could share some of the burden with laboratories.

Modi said both speed and safety were equally important in launching a vaccine, but that, once established scientific processes had determined the right path, India would follow it.

"Even medicines popular for 20 years and used by hundreds of thousands of people lead to reactions in some, even today," Modi said in a video conference with state chief ministers.

"It's possible with vaccines too. Any decision on them should only be weighed on a scientific scale. Whatever vaccine makes it through the world's certified processes, we will have to accept them and move ahead."

Modi said it was not yet known which vaccine would be launched in India and at what price, but urged states to work with the federal government to keep distribution infrastructure such as cold storages ready.

After the AstraZeneca vaccine's third-stage trial results were revealed on Monday, its Indian manufacturer the Serum Institute of India said it would first focus on supplying its home market in the next few months.

The other experimental vaccines on trial in India are the government and Bharat Biotch's COVAXIN; Russia's Sputnik-V; Zydus Cadila's ZyCoV-D and lastly one that Biological E. Ltd is developing with Baylor College of Medicine and Dynavax Technologies Corp.