Baghdad wants U.S. to pay $1 billion for damage to city

World
18th February 2011
BAGHDAD, February 18 (Reuters): Iraq's capital wants the United States to apologize and pay $1 billion for the damage done to the city not by bombs but by blast walls and Humvees since the U.S.-led invasion that toppled Saddam Hussein. The city's government issued its demands in a statement on Wednesday that said Baghdad's infrastructure and aesthetics have been seriously damaged by the American military.
"The U.S. forces changed this beautiful city to a camp in an ugly and destructive way, which reflected deliberate ignorance and carelessness about the simplest forms of public taste," the statement said.
"Due to the huge damage, leading to a loss the Baghdad municipality cannot afford...we demand the American side apologize to Baghdad's people and pay back these expenses." The statement made no mention of damage caused by bombing.
Baghdad's neighborhoods have been sealed off by miles of concrete blast walls, transforming the city into a tangled maze that contributes to massive traffic jams. Despite a sharp reduction in overall violence in recent years only 5 percent of the walls have been removed, officials said.
The heavy blast walls have damaged sewer and water systems, pavement and parks, said Hakeem Abdul Zahra, the city spokesman. U.S. military Humvees, driven on street medians and through gardens, have also caused major damage, he said.
"The city of Baghdad feels these violations, which have taken place for years, have caused economic and moral damage," he said. U.S. troops pulled out of Iraq's cities in June 2009 before formally ending combat operations last August. Around 50,000 remain in Iraq but they are scheduled to withdraw by year end.
Baghdad is badly in need of a facelift. Electricity and trash collection are sporadic, streets are potholed and sewage treatment plants and pipes have not been renovated for years. Iraq has seen growing protests in recent weeks over poor government services.
Zahra said the city's statement issued on Wednesday would be the start of its measures to get the United States to pay for damages but he did not say what other steps might be taken. 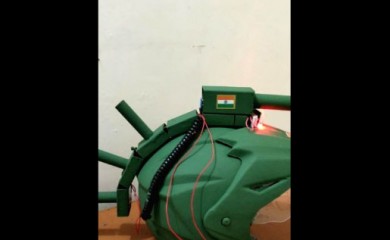