World
21st February 2011
MANAMA, February 21 (AP): A group of protesters Monday called for the ouster of Bahrain's entire ruling monarchy as part of sweeping demands to call off a weeklong uprising in the tiny, but strategically important Gulf nation.
Tensions are still high in Bahrain after seesaw battles that saw riot police open fire on protesters trying to reclaim landmark Pearl Square last week. At least eight people have been killed and hundreds injured in the clashes since the unrest spilling across the Arab world reached the Gulf last week. Abdul Redha Mohammed Hassan, 32, who was shot in the head by security forces while trying to march to the square Friday, died in a hospital Monday, his relatives said.
Bahrain holds particular importance to Washington as the host of the U.S. Navy's 5th Fleet, which is the main U.S. military counterweight to Iranian efforts to expand its military influence into the Gulf.
A manifesto Monday from a group calling itself "Youth of Feb. 14" — after the day of the first marches — apparently seeks to stake out an uncompromising stance before possible talks between the opposition and the monarchy. "We demand the overthrow of the oppressive Al Khalifa regime," the manifesto said, referring to the ruling royal family. "The people will choose the system they will be subjected to."
It is unclear how much weight the group, made up mostly of the hundreds of youths camped on Pearl Square, carries. Nor is it clear what their relationship is with the official Shiite opposition that includes 18 members of the 40-member parliament who resigned in protest Thursday.
But their manifesto shows the range of demands among the opposition, from the all-or-nothing youth group to others who would let the monarchy survive but with many of its powers and privileges turned over to parliament.
Hundreds of protesters spent the night at the square, and thousands of government opponents have gathered at the site by the afternoon. The mood was upbeat and many appear to be camped there for the long haul, with makeshift kitchens serving meals to those who live in the small tent village. At several stalls, demonstrators queued for hot tea and joked about the weather, which turned windy and whipped up sand and trash.
Gadhafi’s son warns of civil war in Libya
CAIRO, February 21 (AP): The son of longtime leader Moammar Gadhafi warned in a nationally televised address that continued anti-government protests that have wracked Libya for six days might lead to a civil war that could send the country's oil wells up in flames. Appearing on Libyan state television after midnight Sunday, Seif al-Islam Gadhafi said the army still backed his father, who was leading the fight, although he added that some military bases, tanks and weapons had been seized.
``We are not Tunisia and Egypt,'' the younger Gadhafi said, referring to the successful uprisings that toppled longtime regimes in Libya's neighbors. He acknowledged that the army made mistakes during protests because it was not trained to deal with demonstrators but added that the number of dead had been exaggerated, giving a death toll of 84. Human Rights Watch put the number at 174 through on Saturday, and doctors in the eastern city of Benghazi said more than 200 have died since the protests began.
The younger Gadhafi offered to put forward reforms within days that he described as a "historic national initiative'' and said the regime was willing to remove some restrictions and begin discussions for a constitution. He offered to change a number of laws, including those covering the media and the penal code. 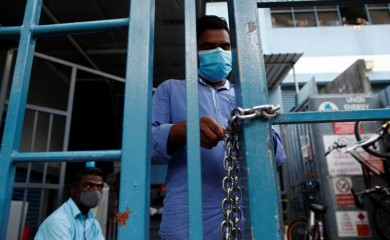 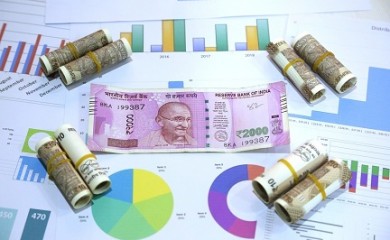