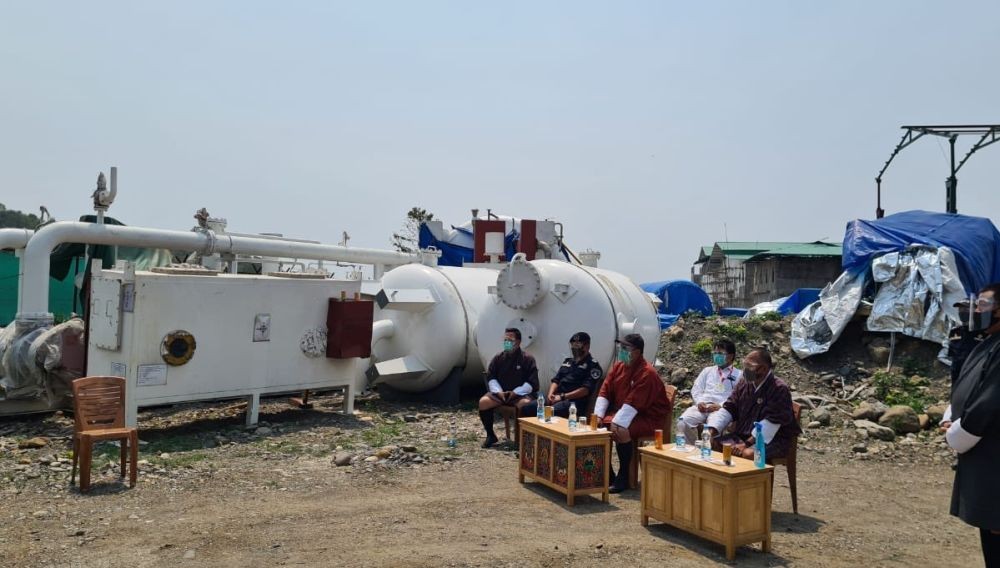 A release from the Indian mission in Bhutan said that Bhutan would supply liquid oxygen to India from a new plant being set up at the Motanga Industrial Estate, Samdrup Jongkhar district by S.D. Cryogenics Gases Pvt. Ltd, a Bhutanese company.

"Every day, 40 metric tonnes of liquid oxygen produced by the oxygen plant would be exported to Assam using cryogenic tankers. The oxygen plant has domestic investment of 51 per cent by S.D. Cryogenics and FDI component of 49 per cent by Meghalaya Oxygen Pvt Ltd, an Assam-based Indian company.

"The provision of oxygen by Bhutan would augment India's efforts to win the fight against Covid-19 and save precious lives, the release said adding that this is a practical manifestation of the uniquely close and friendly ties between India and Bhutan.

Meanwhile, Assam's Minister of State for Health and Family Welfare Pijush Hazarika accompanied by Rajya Sabha Member Biswajit Daimary on Sunday visited the under construction oxygen plant at Bhutan. "Once it is completed, Assam would get 50 MT oxygen per day which would be highly beneficial to combat Covid," Hazarika said in a tweet.

Meanwhile, Assam Health and Finance Minister Himanta Biswa Sarma said that the state government has installed eight oxygen plants in five medical colleges and hospitals including Gauhati Medical College and Hospital, producing 5.23 metric tonnes of oxygen per day. Sarma told the media on Tuesday that five more oxygen units are in the process of being installed and two more units would become operational in the next three-four days.