BJP to get around 84 seats in Assam, claims Himanta Biswa Sarma 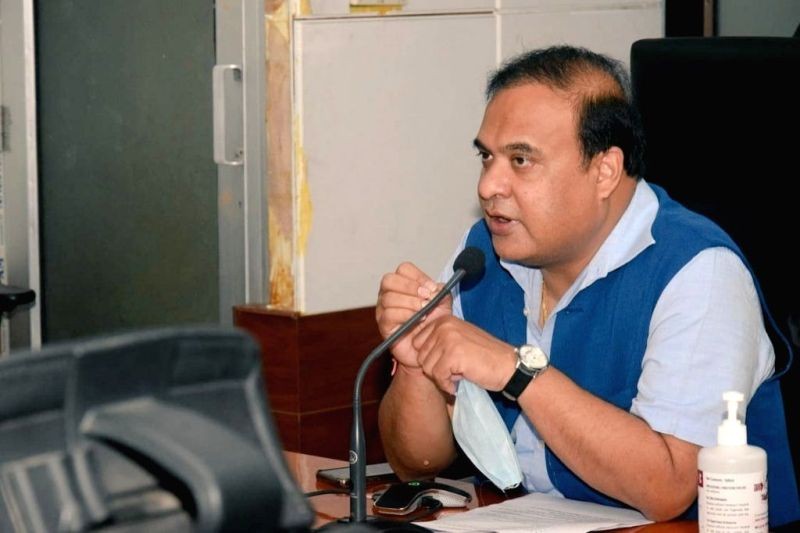 AGARTALA, APRIL 9 (IANS): Assam Minister and top BJP leader Himanta Biswa Sarma on Friday said that the party would get around 84 seats against the earlier target of 100 plus in the 126-member assembly.

Sarma, pointsman of the ruling Bharatiya Janata Party in Assam, said that there is no doubt that the BJP-led alliance would retain power in the state. "Our earlier target was to win in 100 plus seats. But our present assessment is that the BJP would get in and around 84 seats. We are 100 per cent certain that the BJP-led alliance would form the government in Assam after the declaration of results (on May 2)," he told the media in southern Tripura's Gomati district headquarters Udaipur.

The BJP's top leaders including Sarma have been saying that the ruling alliance would get 100 plus seats in the assembly elections, which ended on April 6.

The BJP in the last assembly elections in 2016 had secured 60 seats and formed a government in alliance with the Bodoland People's Front (BPF) and Asom Gana Parishad that had bagged 12 and 14 seats respectively.

"After the Assam elections, the BJP would restart renewed attempts to come to the power in the remaining states in Assam," said Sarma, who is also the convener of the BJP-led anti-Congress alliance of regional parties -- North East Democratic Alliance (NEDA). The BJP is currently leading governments in Assam, Tripura, Manipur, Arunachal Pradesh while the allies of NDA (National Democratic Alliance) are in power in the remaining four states - Meghalaya, Nagaland, Mizoram and Sikkim.

During his visit for a few hours in Tripura, Sarma offered "puja" at the famous Tripura Sundari Temple in Udaipur, 60 kilometre south of state capital Agartala.

While claiming that the BJP would come to power in West Bengal by securing over 200 seats, Sarma said that the BJP government in Tripura is doing well and people are happy with the performance of the Tripura government headed by Chief Minister Biplab Kumar Deb.

The Congress turned BJP leader further said that the BJP would come to power in the politically important 28-member Tripura Tribal Areas Autonomous District Council, for which elections were held on April and the result would be declared on Saturday.

The AGP is the BJP's main ally. During the last Assembly elections in 2016, the BJP had allied with AGP and BPF, which have three ministers in the Assam Cabinet headed by Chief Minister Sarbananda Sonowal.

The three phases of balloting to the 126 member Assam assembly were held on March 27, April 1 and April 6. The results would be declared on May 2.