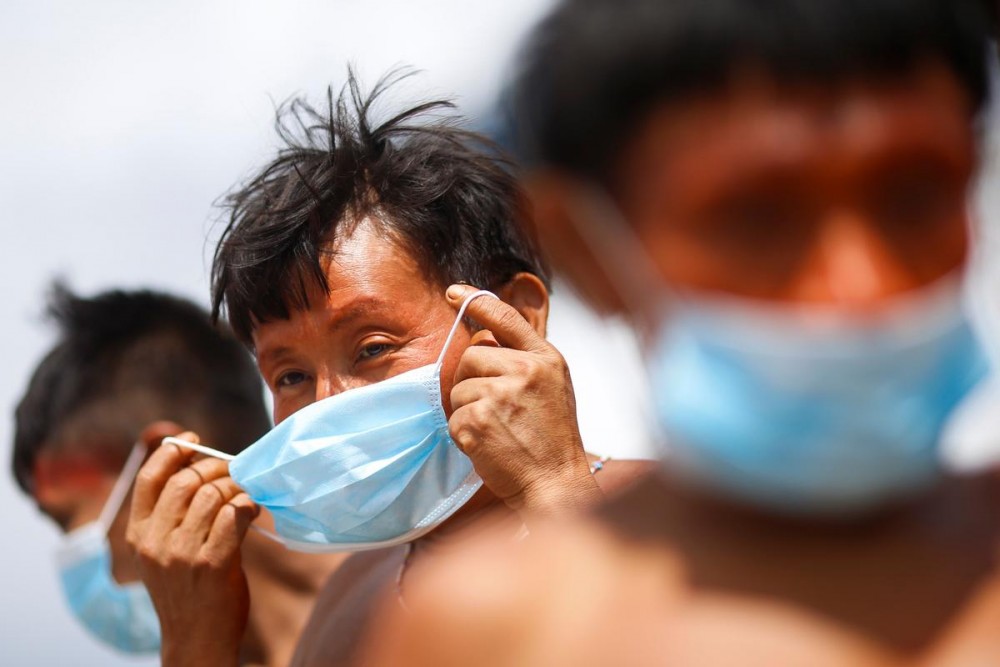 On Wednesday, Chief Aritana Yawalapiti, one of Brazil's most influential indigenous leaders died from COVID-19 aged 71

A majority of the justices voted to give the government 30 days to draw up a plan to reduce the threat to indigenous people from COVID-19, which could wipe out some tribes.

Measures should include sanitary barriers to stop outsiders entering protected tribal lands and the isolation of invaders, but the court stopped short of ordering the immediate expulsion of illegal loggers and miners that indigenous leaders say are spreading the virus.

The action was sought by Brazil's main indigenous umbrella organization APIB, backed by six opposition political parties that have criticized Bolsonaro for denying the gravity of the second worst coronavirus outbreak outside the United States.

The pandemic endangers indigenous communities with no access to healthcare in remote parts of the Amazon and whose communal living under large dwellings make social distancing impossible.

Tribes face the loss of cultural traditions with the death of their elders stricken by the virus.

On Wednesday, Chief Aritana Yawalapiti, one of Brazil's most influential indigenous leaders who led the people of Upper Xingu in central Brazil and helped create an indigenous park there, died from COVID-19 aged 71.