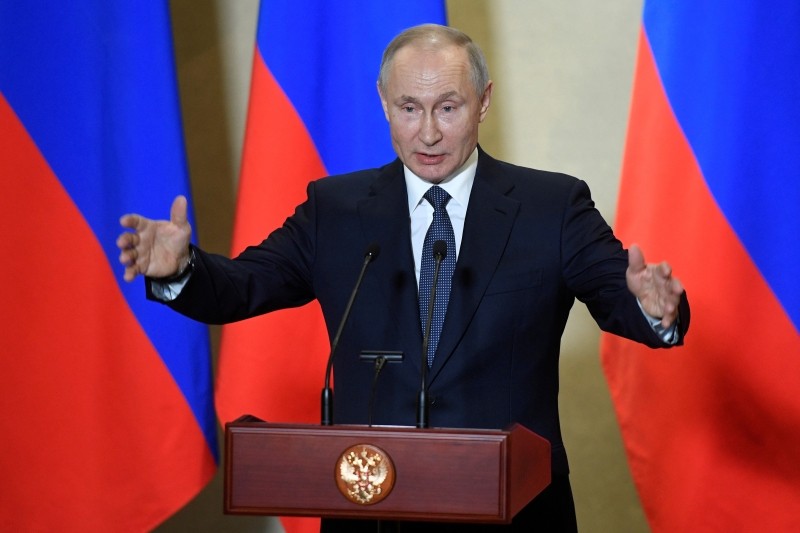 BEIJING, August 17 (Reuters): China welcomed on Monday to Russian President Vladimir Putin's proposed summit of world leaders to avoid "confrontation" over a U.S. threat to trigger a return of all U.N. sanctions on Iran.

The United States lost a bid on Friday to extend a U.N. arms embargo on Iran.

Russia and China opposed extending the weapons ban, which is due to expire in October under a 2015 nuclear deal between Iran and world powers. Eleven members abstained, including France, Germany and Britain, while the United States and the Dominican Republic were the only two votes in favour.

Speaking in Beijing, Chinese foreign ministry spokesman Zhao Lijian said the failure of the U.S. resolution "again showed that unilateralism has no popular support, and hegemonistic behaviour will not succeed".

The United States needed to end its unilateral sanctions and adopt a rational attitude, returning to the "correct path" of respecting the Iran nuclear agreement and Security Council decisions, Zhao added.

"As for the Russian proposal for a teleconference summit on the Iran nuclear issue, China expresses its welcome and appreciation," he said.

"We are willing to continue to maintain close communication and coordination with all parties concerned to jointly promote a political settlement of the Iranian nuclear issue."

U.S. President Donald Trump said he probably would not participate in any such summit.

China, which has close economic and diplomatic ties with Iran, has frequently clashed with the Trump administration over its tough stance against Tehran, becoming another irritant in Sino-U.S. relations.