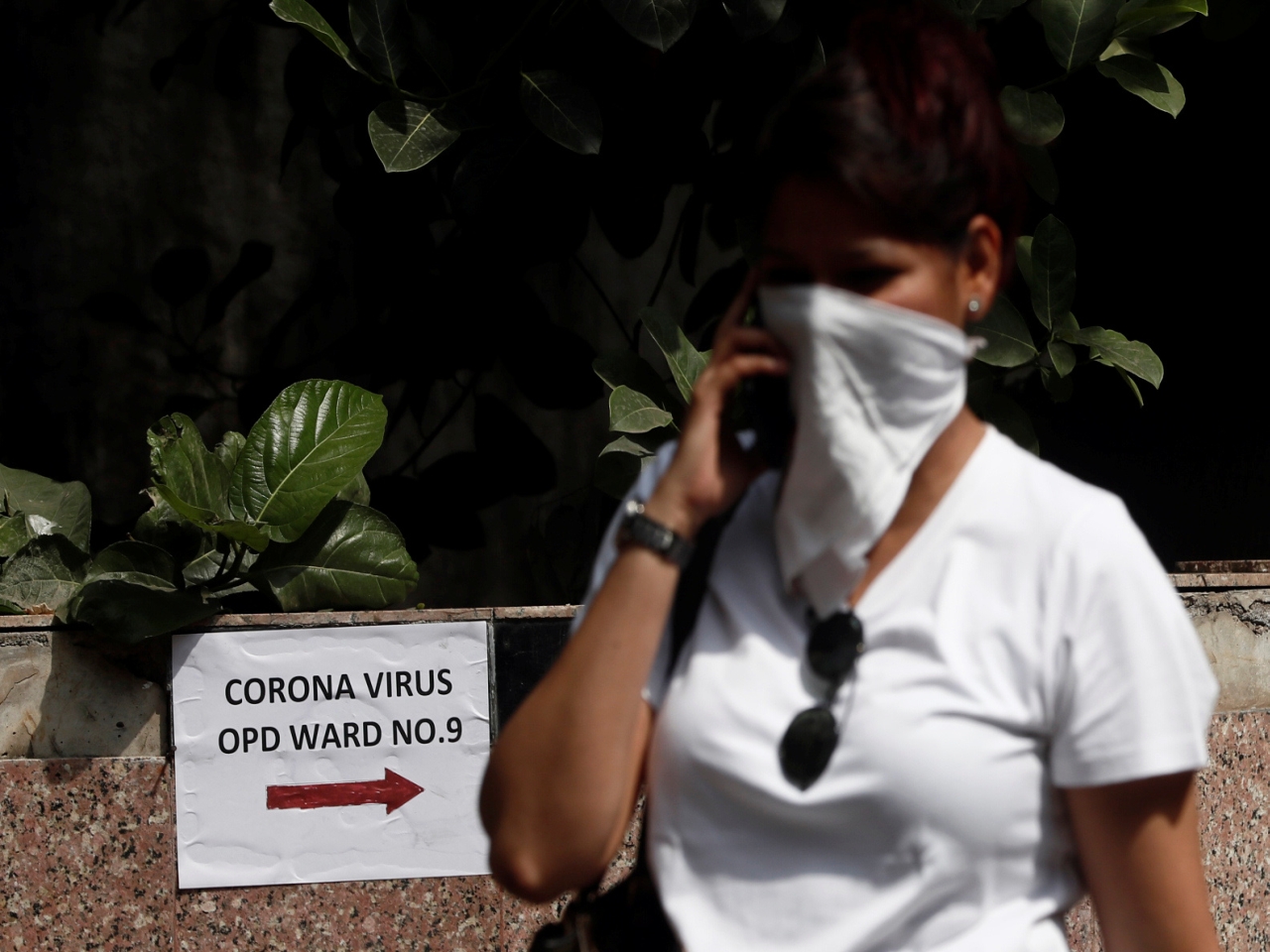 Mixed Connection: A woman speaks on phone inside the premises of a hospital where a special ward has been set up for the coronavirus disease in Mumbai on 2020. (REUTERS/Francis Mascarenhas)

If you have been making phone calls in the past few days, you will be familiar with the ‘coughing’ caller tune while the call gets connected.

Following a directive from the Department of Telecom (DoT) on March 6 to incorporate an audio clip in the ring back tone, top telecom operators including Reliance Jio, Bharti Airtel, BSNL, and Vodafone-Idea, replaced their caller tune with a default pre-call announcement (PCA) on Coronavirus that begins with a sudden coughing sound.

Reliance Jio started the campaign on Sunday while Vodafone-Idea and others followed suit on Monday.

In Nagaland, subscribers were initially confused by the new default caller tune. “I heard the coughing sound when I called my sister on Sunday and thought I dialed a wrong number, so I hung up,” said Livika.

“There was no prior information from my service operator, so I didn’t know about the pre-call announcement. When I first heard it, I thought my friend had caught a cold,” said Kitisangla.

While some were left amused by the default caller tune, many did not find it in good taste.

“This is a necessary public service announcement but it gets too repetitive and annoying,” said Zach, a Jio user from Dimapur.

“I understand the intention is to spread awareness, but the problem is, no one has the time to listen to the full announcement,” said C Ngullie, an Airtel subscriber.

Some took to Twitter to share their thoughts on it. “The coughing caller tune is more irritating than the cigarette warning ads in theaters,” tweeted one user on Tuesday.

Some have also taken to memes to vent their frustration on the caller tune. “Me after hearing the Corona caller tune for the 756th time today,” said one meme which showed a man throwing his phone in frustration.

There were some who welcomed the move. “Telecom industry does a good thing by inserting the awareness of prevention of Corona Virus as the ringtone when one calls another person instead standard ring. This atleast infuses into one's mind about safeguarding against the spread of Virus. Great move,” said a user on Twitter.

The move is part of the Government’s efforts to curb the spread of the Novel Corona Virus (COVID-19), but it remains to be seen whether it has served its purpose. Whenever you make an outgoing call, the PCA may delay your call connect by a few seconds. For those who need to make urgent calls, this has become a menace. “No doubt the purpose is genuine, but while on urgent calls, it is annoying. Awareness messages in the form of SMS would have been better,” Veilou opined.

One user shared that he keeps the phone away from his ears until the call gets connected, in order to avoid the “irritating caller tune.”

Some users have come up with ‘practical’ ways to deal with the ‘inconvenience’. Alun said that he has stopped making calls altogether, and instead opts for WhatsApp calls. “Instead of these inconveniences, the government should take other measures,” he said.

Some users went the extra mile to skip the advisory, and even offered tips online. “To skip Corona Virus Caller Tune, press any key on keypad as soon as it starts. Thank me Later :)” tweeted one user.

However, those who have paid subscription to caller tunes of their choice have been exempted from the PCA in their numbers, according to a Reliance Jio official.

While the default caller tune has generated mixed response from users, it looks like the caller tune is here to stay, at least until the global crisis is brought under control.

A Vodafone-Idea official told The Morung Express that the move was initiated on Monday for all the Vodafone subscribers and it will be kept that way until further directives are received.