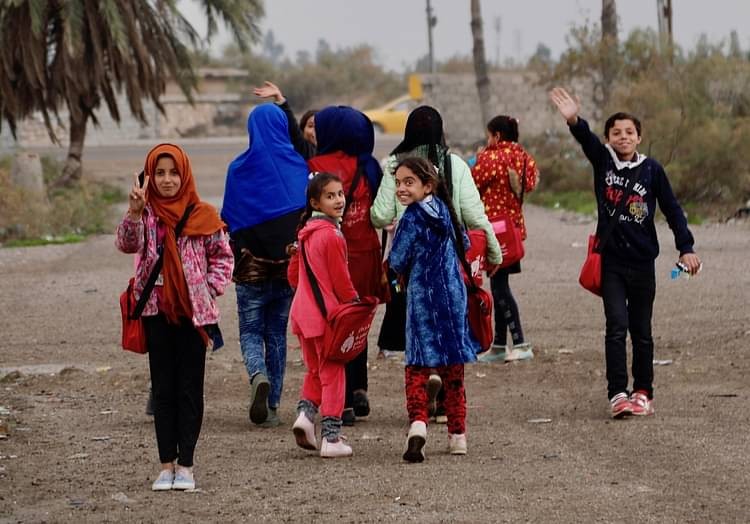 "Families need support from their governments and their employers to weather this storm and safeguard their children's learning and development," UNICEF Executive Director Henrietta Fore said in a release accompanying the policy brief, "Childcare in a global crisis: The impact of COVID-19 on work and family life", Xinhua news agency reported on Wednesday.

The 11-page report produced by UNICEF's Office of Research - Innocenti looks at the state of childcare and early childhood education globally and includes an analysis of the impact of widespread COVID-19 closures of vital family services.

It said lockdowns have left many parents struggling to balance childcare and paid employment, with a disproportionate burden placed on women who, on average, spend more than three times longer on care and housework than men.

The closures have also exposed a deeper crisis for families of young children especially in low- and middle-income countries, many of whom were already unable to access social protection services, the brief said.

Childcare is essential in providing children with integrated services, affection, protection, stimulation and nutrition and, at the same time, enable them to develop social, emotional and cognitive skills, it said.

Many young children who remain at home do not get the play and early learning support they need for healthy development, the report said.

"Education disruptions caused by the COVID-19 pandemic are preventing children from getting their education off to the best possible start," said Fore. "Childcare and early childhood education build a foundation upon which every aspect of children's development relies. The pandemic is putting that foundation under serious threat."

In 54 low- and middle-income countries with recent data, around 40 percent of children aged between three and five years old were not receiving social-emotional and cognitive stimulation from any adult in their household, it said.

Lack of childcare and early education options also leaves many parents, particularly mothers working in the informal sector, with no choice but to bring their young children to work, the report said. More than nine in 10 women in Africa and nearly seven in 10 in Asia and the Pacific work in the informal sector and have limited access to any form of social protection.

Many parents become trapped in this unreliable, poorly paid employment, contributing to intergenerational cycles of poverty, the policy brief said. Access to affordable, quality childcare and early childhood education is critical for the development of families and socially cohesive societies.