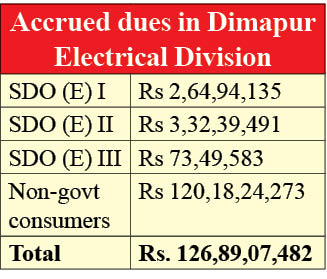 The Department of Power, Nagaland (DoPN) was in for some flak in the Assembly this year from none other than the Chief Minister.

“Against an amount of Rs 407 crore spent on power purchase during 2019-20, the revenue earned was Rs 159 crore only. During the current financial year, against power purchase of Rs 452 crore, we are expected to get about Rs 175 crore only,” the CM pointed out at the Budget session, while terming it as unacceptable.

The CM though cited data from only two financial years. In reality, the poor showing by Nagaland’s energy sector has been an unceasing one dating back many years.

The annual purchase-return gap only widened then on with the DoPN predicted to recover only 38 percent in 2020-21 as stated by the CM.

Accrued over a period of not less than two decades, currently, Dimapur Electrical Division has outstanding dues from consumers amounting to Rs. 126,89,07,482. As per official data accessed by The Morung Express on request, the figure is a cumulative of unrealised dues under its three sub-divisions— SDO (E) I, II and III.

Chain of evasion
As reported by The Morung Express in previous reports, several factors have combined to earn the DoPN the ignominy of consistently failing to recover expenses. Besides under-billing actual energy consumption, a vicious cycle of evasion or willful default by consumers, often with impunity, has emerged as a major contributor to the accumulated arrears.

The biggest defaulter has been private or non-government consumers accounting for over 94 percent of the accrued arrears presently. Meanwhile, government establishments have been as much culpable.

The number of government establishments, including employee quarters, with arrears under the three sub-divisions stood at 447 as on February 23.

Overall, there were a total of 11,197 consumers with arrears. Going by the figures, the money owed to the DoPN averages around Rs 1,13,325 per defaulter.

It also admitted inability to serve bills regularly and conducting disconnection exercise “all the months of a year” due to shortage of staff and limited resources.

When disconnections do happen, the official said that the defaulter is penalized as per the rules. The penalty involves paying up the dues, which is worked out based on the defaulter’s connected load or consumption history, besides other fees for reconnection.

However disconnection exercises have not had any lasting impact giving rise to a tradition of paying “only when the Department initiates disconnections.”

The official further claimed that the COVID restrictions greatly reduced the frequency of checks during 2020.

As per the data, 1466 disconnections were affected under the 3 Sub-divisions from April 2020 till the third week of February this year.

In addition, it was informed that 41 cases of theft (meter bypass, seal tampering and hooking) were detected in between November 2020- March 2021. 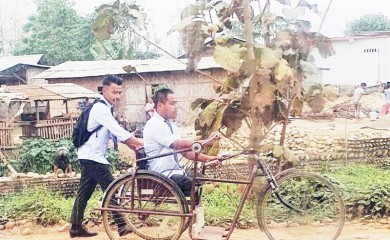 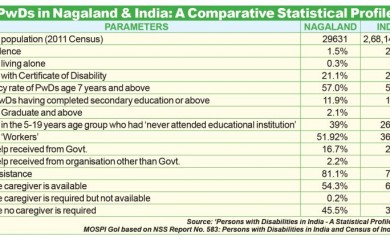 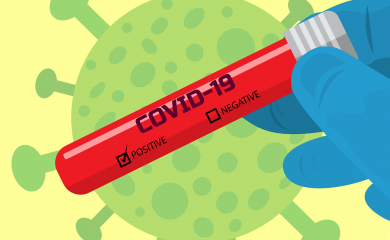