Easy again for Djokovic as he reaches third round 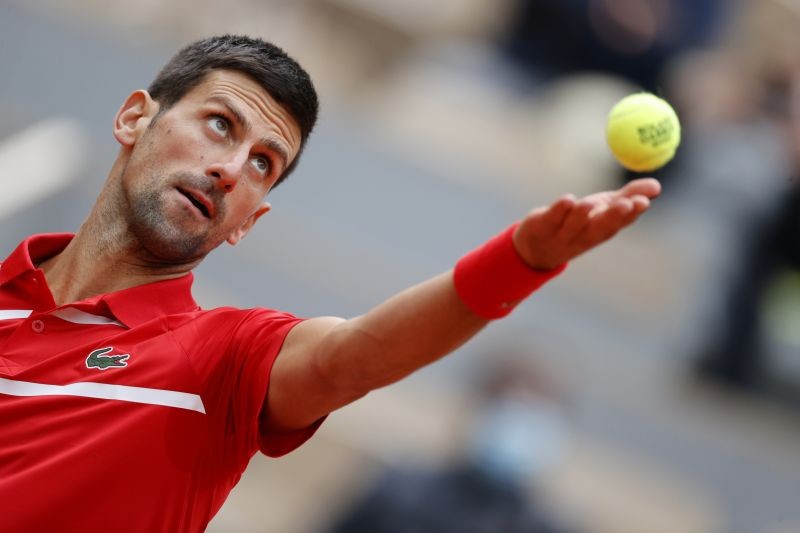 Some rare sunshine bathed the Court Phillipe Chatrier but it was dull viewing for the few spectators allowed in to watch the 33-year-old glide effortlessly through.

The opening set was done and dusted in 22 minutes as Djokovic won the last 10 points and the second set was only marginally more competitive.

Berankis, ranked 66th, needed courtside treatment on his back before the start of the third set but got back to his feet to endure more punishment from the clinical Serb.

Djokovic, bidding for his second French Open crown and 18th Grand Slam title, has dropped 10 games in two rounds so far and occasionally looked bored on Thursday, taking the opportunity to practise his drop shot on numerous occasions.

He finished it off after only 83 minutes with his 10th ace.

It was a carbon copy of the pair's only other Grand Slam clash when Berankis also managed only five games, at the 2013 U.S. Open.

It was Djokovic's 70th victory at the French Open, moving him into joint second place on the all-time list with Roger Federer.