'Encouraging' data but Covid vax nowhere near us 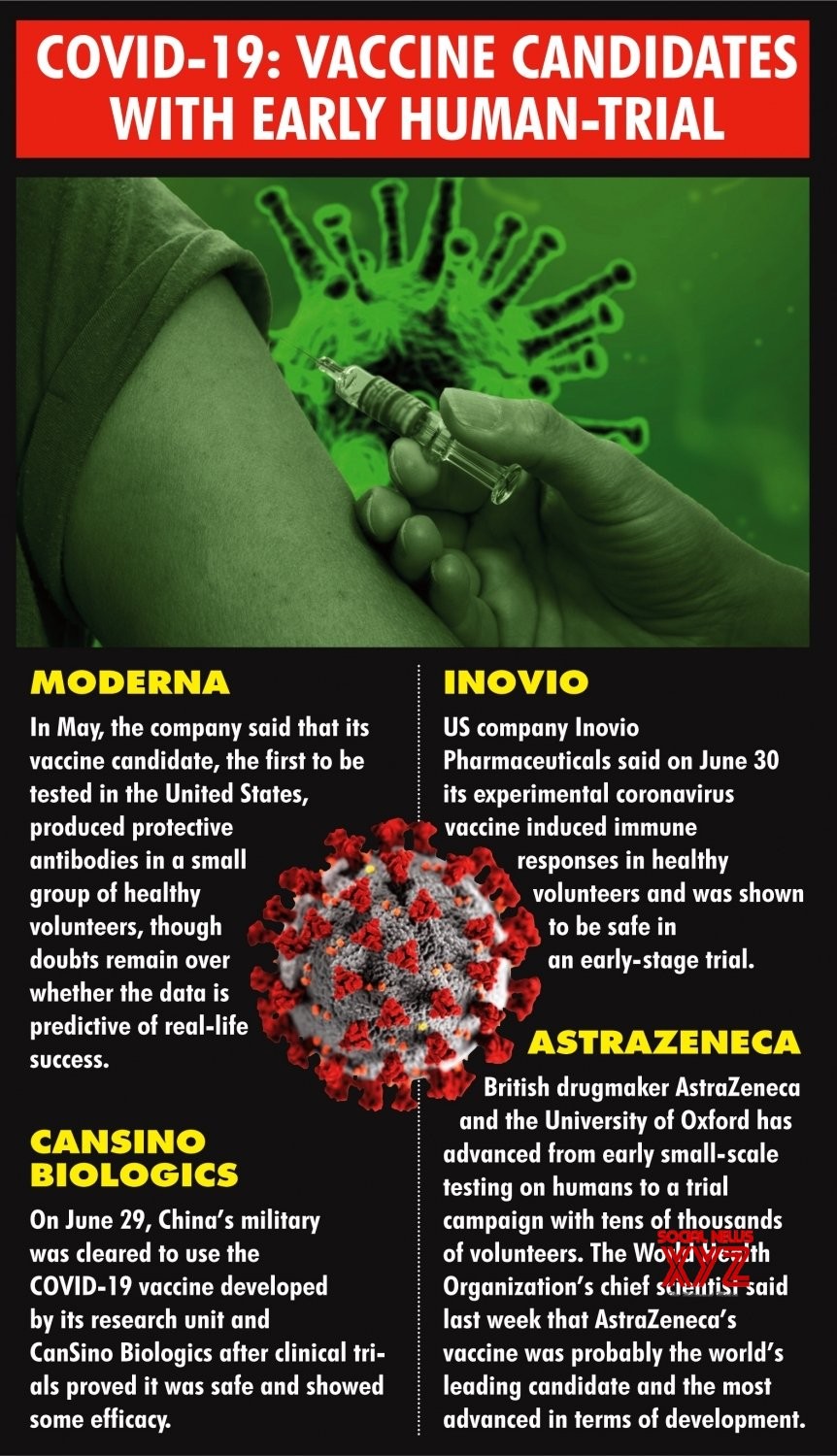 New York, July 3 (IANS) There are currently 18 candidate vaccines in key clinical trials globally but despite encouraging preliminary data coming from some research labs, a Covid-19 vaccine is nowhere near while new corona cases are mounting in several countries including in India.

No vaccines have yet started their large and critical Phase-III trials in the US.

Drug maker Moderna's Phase-III trial which was supposed to start from July 7 "will likely start at the end of the month or the beginning of August," reports the CNN, citing an investigator working on the Moderna vaccine candidate.

Researchers at University of Oxford, however, said this week they have vaccinated 8,000 people in the UK as part of a Phase-III trial.

"These clinical findings for the BNT162b1 RNA-based vaccine candidate are encouraging and strongly support accelerated clinical development and at-risk manufacturing to maximize the opportunity for the rapid production of a SARS-CoV-2 vaccine to prevent COVID-19 disease," the researchers wrote in a pre-print paper repository which is yet to be peer-reviewed.

US vaccine maker Inovio also said this week that it's vaccine candidate already has shown some positive early data in a Phase 1 trial.

After saying that the world may have a Covid-19 vaccine within one year, the World Health Organisation (WHO) said late last month that UK-based AstraZeneca is leading the vaccine race while US-based pharmaceutical major Moderan is not far behind.

WHO Chief Scientist Soumya Swaminathan said AstraZeneca's coronavirus vaccine candidate is currently the most advanced vaccine in terms of development.

The vaccine developed at the Oxford Jenner Institute is currently on trial in the UK, where over 4,000 participants have enrolled and additional enrollment of 10,000 participants is planned for the clinical trial.

The ChAdOx1 nCoV-19 vaccine has been licenced to AstraZeneca.

The sudden surge in corona cases has left the scientific community gasping for fresh answers.

The US Centers for Disease Control and Prevention (CDC) on Thursday reported a new single-day record of COVID-19 cases in the US at 54,357.

More than 2.7 million COVID-19 cases have been reported in the US with the fatalities surpassing 128,400, according to a tally by Johns Hopkins University.

Anthony Fauci, the top US expert in infectious diseases, has expressed his concern over the sudden spike of COVID-19 cases in the country, warning of the risk of a greater outbreak if the latest surge is not controlled.

In China, the military has received approval for using a Covid-19 vaccine jointly developed by its research unit and CanSino Biologics Inc. The phase-I and phase-II clinical trials of the Ad5-nCoV were conducted in China. However, the critical phase-III trials are yet to bear positive results.

The US, however, remains hopeful to have a Covid-19 vaccine available by the end of the year or early next year.

"FDA has given authorisation to proceed with clinical trials for four separate vaccines and we've seen a number of vaccine developers come forward -- double digit numbers -- so we have a lot of different, if you will, shots on goal with respect to vaccines. That's good news," US Food and Drug Administration (FDA) commissioner Dr Stephen Hahn said on Thursday.