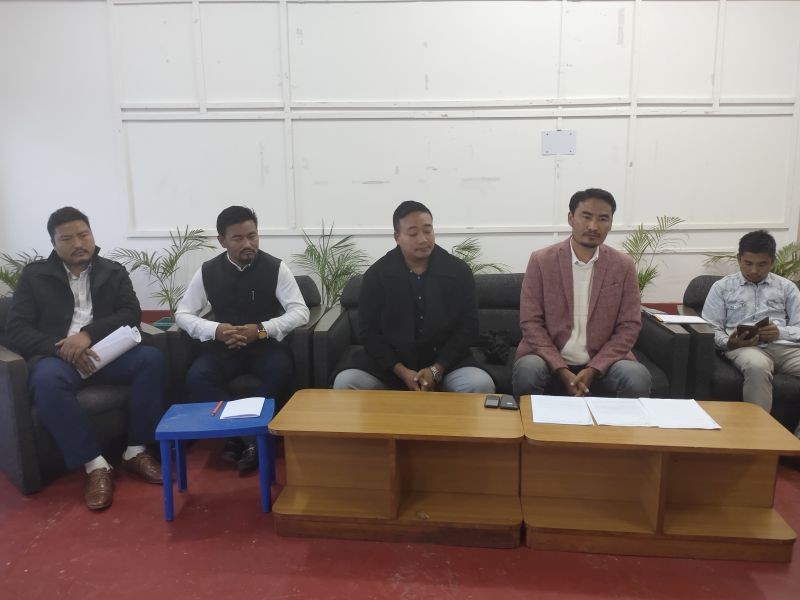 With no response from the state government even after the expiry of its seven-day ultimatum, the Eastern Naga Students’ Federation (ENSF) has decided to launch an indefinite agitation in a phase wise manner beginning from November 30.

“It will be a democratic form of agitation,” said Sangtam, adding that the ENSF will not participate in the Statehood Day celebrations, Hornbill Festival or any functions organised by the government under Eastern Nagaland jurisdiction and Kohima.

ENSF had on November 18, served a seven-day ultimatum to the state government to fulfil its six charter of demand in regard to the Nagaland Staff Selection Board. The ultimatum expired on November 25.

Terming its demand as “genuine and legitimate,” Sangtam alleged that for the last 57 years, the government had deprived and suppressed the Eastern Nagas.

“We have received only deprivation and manipulation,” he said, while adding that the “last resort is to for a democratic form of agitation.”

When asked if their demand is a little ‘unreasonable’ on their part considering the reservation policy which is already in place, he reasoned that there is a huge disparity in the ratio of employment between the Eastern Nagas and the other tribes of Nagas.

As per the data rather from the Department of Personnel and Administrative Reforms (P&AR), Sangtam said against the total number of government employees, Eastern Nagas comprised of hardly 6% in gazetted posts and 9-10% in Grade III and IV posts.

“In a democratic state, we deserved equality and justice which must prevail. We have equally contributed and sacrificed to build the state,” Sangtam maintained.

ENSF vice president, Hamnyei Angh meanwhile commented that its demand on NSSB and reservation policy can be reviewed and relaxed after some years when the ratio of employment of the Eastern Nagas comes at par with the other Naga tribes.