The recent judgment of the Guwahati High Court’s Kohima Bench directing the Nagaland State Government to pay in excess of Rs 25 lakhs as ‘exemplary compensation’ for the death of a woman during childbirth in Mon should serve as reminder that despite efforts to improve maternal healthcare delivery here, a lot more remains to be done, especially in the remote areas of the State.

According to the Human Rights Law Network (HRLN), which undertook a fact finding survey, the death was attributed to the “poor implementation of the government maternal health scheme under the NRHM in the Sub-Centre of Monyakshu under Mon District, catering to a population of about 6500.”

While the government’s counsel raised objections to this claim, and said that the deceased had not sought medical help from the authorities, the Court ruled in the petitioner’s favour.

In its judgement, the Court stated that centres such as the one in Monyakshu are “expected to be more proactive so that awareness is well spread and women are encouraged to come forward for regular check-up during pregnancy and also to come forward for institutional deliveries.”

It further noted that those in-charge of the health of the “community are under obligation and are duty-bound to ensure the basic facilities which are intended to be made available for the poor.”

In a sense, the judgement asserts that a lack of awareness of health facilities available, especially in remote areas, cannot be used as an excuse for cases such as this.

Primary prevention of maternal mortality is a necessary health and human right. State and central authorities do conduct awareness programmes regularly, as in evident in the number of press releases they issue. Sadly, however, a case like the one from Monyakshu, is likely only one of many.

To increase awareness and hence uptake of pregnancy care and skilled birth attendants at delivery, state healthcare agencies and its partners need to prioritize provision of information, communication and education on women´s human rights, including the right to access maternal health services, especially to women in rural areas.

The large, lingering burden of disease and emotional and economic crisis that follow poor maternal outcomes is a necessary issue for inter-sectorial development and to keep women’s, maternal, new-born, and child health central.

The physical, social, economic, and human rights burden of maternal mortality, its multi-generational and far reaching consequences should spur stakeholders to go beyond agendas and goal setting, and to refuse to permit the unnecessary tragedy of preventable maternal deaths. 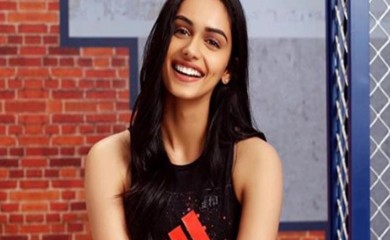