Flags of different countries being hoisted in a pathway in Mokokchung. (Morung Photo)

Along with the global football fans, Nagaland state is no less excited and gearing up for the kickoff of the tournament.

Along Alingri, a hardcore German fan from Dimapur, gives his analysis on the team standing. “Belgium and France looks the strongest on paper this time, but I will be rooting for the Germans as always. This will be Joachim Löw's last hurrah before he resigns as the head coach of the German national team. Hoping to see him go out on a high,” he said.

“This will probably be the last opportunity for Belgium's golden generation to win something on the international stage. The French has a bench as strong as the first eleven. So much depth and quality in their squad. The Germans have tried to reinvent the team after the world cup debacle of 2018, so I am looking forward to the tournament. Exciting times for football fans,” Along added.

“As a football fan, I had to wait for a year but am glad it's being held this year,” said Avi Awomi, another German fan from Kohima.

“Being a Germany fan I am hoping they play well this year unlike the last World Cup. Besides Germany, I feel Portugal have good players and of course being the defending champions they will play well. France also has a good set of players and being the reigning World Cup champions they would like to add the Euro too. England and Belgium are also a good side,” Avi added.

Arsashi Ozukum, from Mokokchung said that he will miss the crowd and the fans unlike other tournaments. Lesser chants for their favorite teams on the street and inside the stadium as well. “In our instance, lesser chance to watch along with friends, screenings and lot more... Nothing is more fun than watching football together. Sadly Corona will take away that zeal,” Arsashi said.

Moamen, an England fan from Kohima said, “I have been an England fan since forever though we have never won the European Championship or even reached the finals. I am hopeful that, it’s Coming Home.” She said that the extended lockdown has made her immensely happier because it has brought all her family members together and she can spend more time with her family and enjoy the match together.

“I have never been this excited for the tournament to commence because despite the pandemic there is at least something to look forward to and be happy about,” Moamen added.

“At a time when corona positive cases are spiking in the town, for a football crazy town, Euro 2021 is like a med to cure the pandemic blues. But we should wisely watch this event in the comfort of our own homes or not foolishly come together in groups to watch and make another record breaking spike in the state COVID case ratings,” said Moaren Chingmir, a concerned citizen from Mokokchung town. 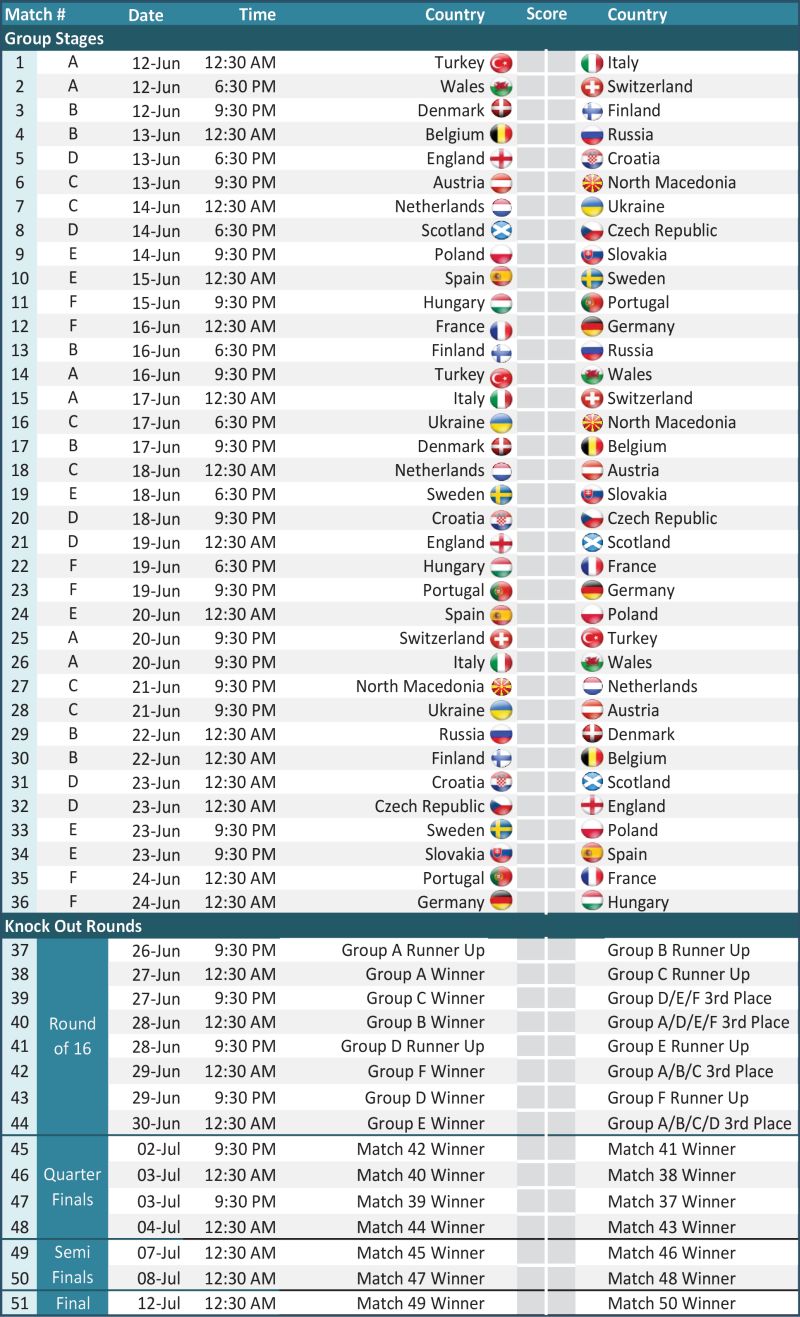