Fines for not wearing masks in England shops 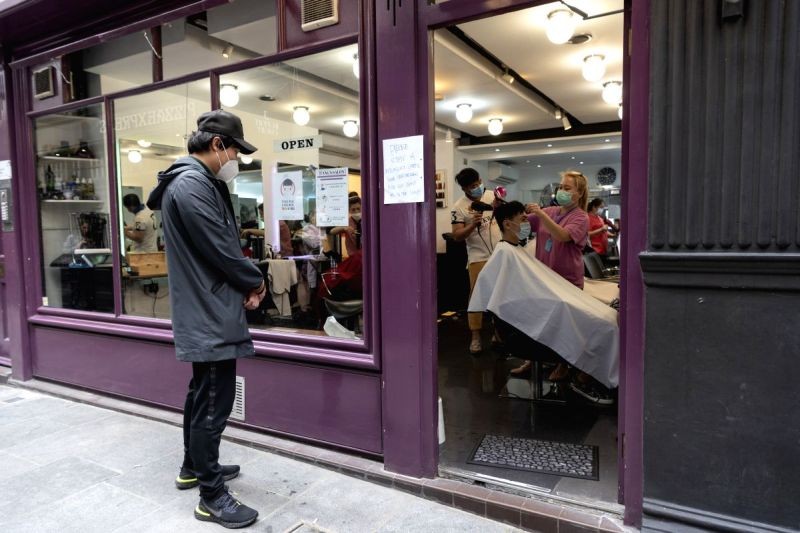 LONDON, JULY 14 (IANS): The UK government has made wearing masks in shops across England mandatory and anyone flouting the measure would be imposed with a 100-pound ($125) fine starting from July 24, the media reported on Tuesday.

The development came after Prime Minister Boris Johnson warned last week that the rule was going to be put in place, but then Cabinet Office Minister Michael Gove dismissed the claim over the weekend before Number 10 confirmed on Monday night the measure would be implemented, the Metro newspaper reported.

Health Secretary Matt Hancock is expected to make a full statement on the fresh legislation on Tuesday night.

Anyone inside a shop without a covering over their nose and mouth risks being hit with a the 100-pound fine. It will be reduced to 50 pounds if paid within 14 days.

A Downing Street spokesman said on Monday: "There is growing evidence that wearing a face covering in an enclosed space helps protect individuals and those around them from coronavirus.

"The clarity we're going to get today for implementation in about 10 days' time is going to give a level of reassurance," the Consortium's Chief Executive Helen Dickinson told the BBC.

Mayor of London Sadiq Khan also backed the new measures, saying the evidence from experts showed it could make a "massive difference" in helping tackle coronavirus.

Speaking to the BBC, he said: "The advice is, where it's not possible to keep your social distance, particularly if you're in confined spaces indoors, shops, supermarkets and the like, gyms is another good example, this small measure can make a massive difference along with other measures.

"Clearly, if it's not practical to do so, think of a pub, a bar, or restaurant, in those places, it shouldn't be mandatory."