Frenchbean cultivation in Longleng District of Nagaland- a Success Story 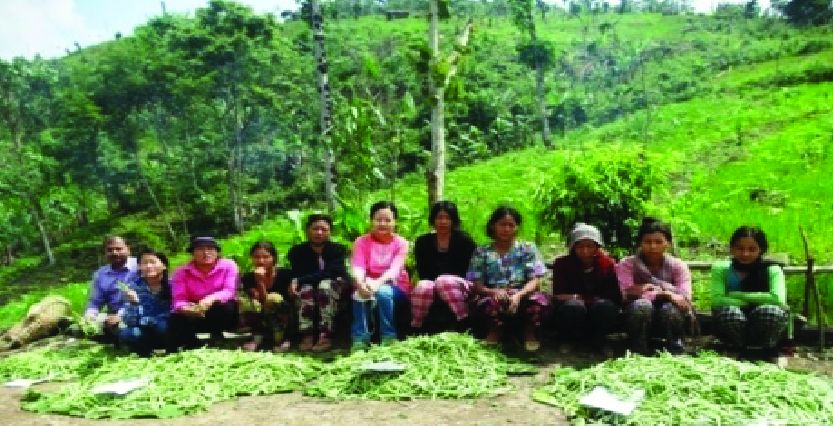 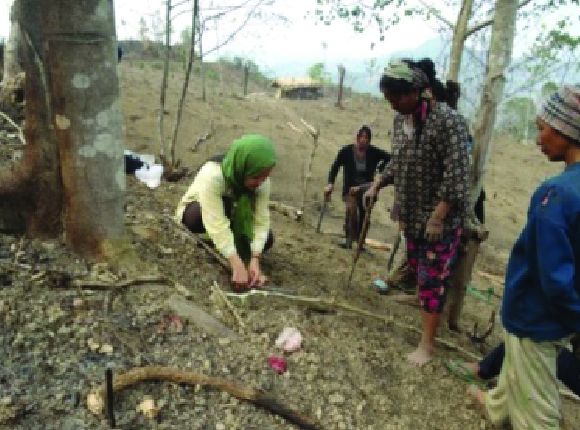 Frenchbean (Phaseolus vulgaris) commonly known as kidney bean, common bean or rajmash is a green vegetable as well as grain pulse and economically a very profitable crop. Thus its commercial cultivation can be an avenue for enhancing farmers’ income in the hill ecosystem. It is also a highly nutritious crop. The composition of green pod (per 100g) contain, protein=1.7g, carbohydrates= 4.5g, Vit. A= 221 IU, Vit.C= 11 mg and Calcium = 50mg. Dry beans are also rich in protein. The optimum temperature for cultivation of French bean is 15-25°C. It is sensitive to high rainfall, frost and high temperature. The ideal soil PH for growth of french bean is 5.5-6.0. 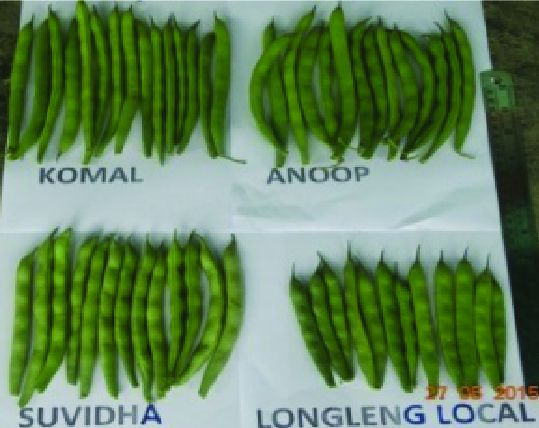 Longleng, the tenth district of Nagaland is a strip of mountainous territory with a total area of 885 Sq.km, situated at 26˚26’ N latitude and 94˚52’ E longitude. Agriculture is the main source of livelihood and Jhum cultivation is the most common form of agriculture. The district of Longleng has monsoon type of climate with a minimum temperature of 10° C in winter and a maximum of 28° C in summer. Though climate and other natural resources are favourable, farmers are not able to take up vegetable production on a large scale for income generation due to lack of knowledge and high yielding varieties. On this account, the KVK took up cultivation of French bean for determining the suitable variety for yield and economical benefit for the hill areas under Longleng district of Nagaland.

Materials and methods: For determination of suitable variety of frenchbean, varietal evaluation was conducted for three years where three different varieties from IIHR (Indian Institute of Horticultural Research), Bangalore,  var. Arka Komal, Arka Anoop, Arka Suvidha, were taken up along with Longleng local-var. Auching as local check. Self help Groups (SHGs) Viz., Longkam and Pheineu group(Lingtak Village), Hetpu (Hukphang) HD Pangla ( Yonphang) and one individual farmer and his family from Muli ward, Longleng were engaged in the trial. Land was ploughed to a fine tilth and divided into randomised block design. Ridges and furrows were prepared by ploughing after a basal dose application of FYM. Seeds were sown under optimum moisture condition on side of the ridges 2 days after two to three showers of rain. The spacing of row to row and plant to plant was maintained at 40X15cm, with a seed rate of 80 Kg/h. The recommended dose of NPK (50:75:75) was followed for cultivation.

Results: Among the four different varieties of French bean, Arka Anoop and Arka Suvidha were ready for picking in 62 days, whereas Arka Komal and Longleng local were ready in 65 days. Maximum green pod yield was recorded in Arka Anoop (6.4 t/h) followed by Arka Komal (6.1 t/h), Arka Suvidha (5.8 t/h) and Longleng local (4.6 t/h). In a survey for taste preference among the farmers, Arka Suvidha was found better compared to other varieties. Contour bunding was constructed in one of the fields and the yield was found to be more compared to the other fields. The village folks were impressed with crop yield and the short duration. Many more SHGs and individuals have taken up cultivation of French bean during subsequent years for commercial purpose and additional income. 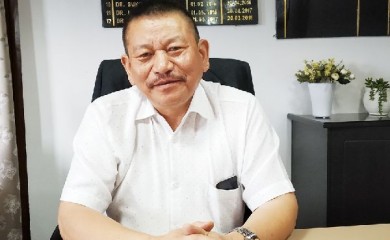