From children to young men, more than 73,000 are missing, Mexico says 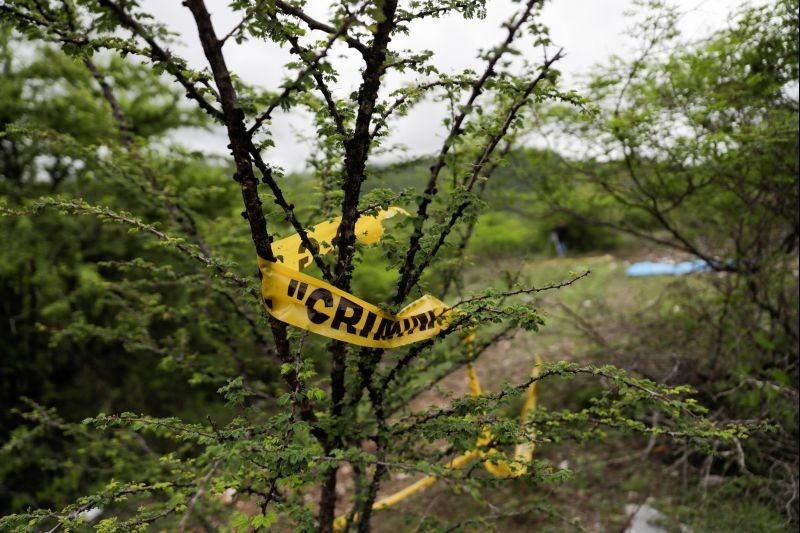 Yellow police tape is seen at the Barranca del Carnicero (Butcher's Ravine) where the remains of Christian Alfonso Rodriguez Telumbre, one of the 43 missing students from Ayotzinapa Rural Teachers' College, were found, at the mountain town of Cocula, near Iguala in the southwestern state of Guerrero, Mexico on July 8, 2020. (REUTERS File Photo)
World
14th July 2020

MEXICO CITY, July 14 (Thomson Reuters Foundation): More than 73,000 people are missing in Mexico, the government said on Monday, some 11,500 more than in a previous total and a grim statistic underscoring the rights abuses suffered since the country began a militarized push against drug cartels.

The disappeared suffer crimes from kidnapping to homicide, but authorities have said some likely are victims of human trafficking, from young men threatened to work for drug cartels to women forced into the sex trade

Monday's update, however, showed no suspected trafficking victims, although the list was still lacking data from some states.

The country has been criticized for its incomplete and even misleading data on the crime.

The vast majority of the missing have disappeared since 2006, when former President Felipe Calderon launched a military campaign against organized crime.

Monday's count was 11,500 people more than in January, as the government revised up its figures from previous years.

"We have made it a priority to give answers to the victims of violence in our country, so they can have their right to the truth and to justice," Interior Minister Olga Sanchez said in a news conference.

More than 6,600 bodies have been dug up from illegal hidden graves since December 2006, the government said Monday.

Activists say Mexicans have disappeared at the hands of organized crime and the local and federal government, with the line between the groups often blurred.

The search for the missing has historically been led by mothers working in collectives to scour the country looking for lost loved ones.