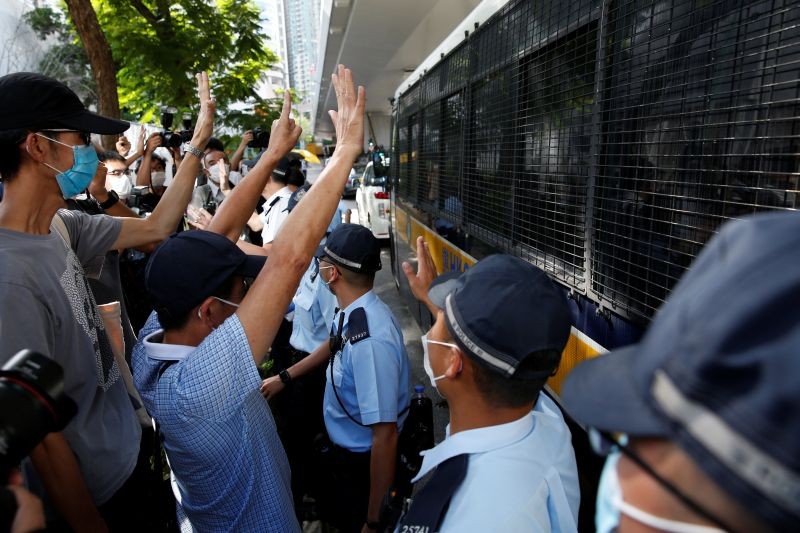 Hong Kong returned to China on July 1, 1997, under a "one country, two systems" formula guaranteeing wide-ranging autonomy and freedoms not enjoyed on the mainland, including an independent judiciary.

But under China's new legislation, crimes of secession and sedition will be punishable by up to life in prison, stoking concerns of a much more authoritarian era in a city which has been racked by anti-China protests for the past year.

While Beijing and Hong Kong authorities have insisted the law will only target a minority of what they call "troublemakers", diplomats, business groups and rights activists have said it is the latest example of Beijing's tightening grip on the city.

Beijing imposed the legislation on Hong Kong, a major financial and trade hub, despite protests from Hong Kongers and Western nations.

The details of the new legislation stated that authorities will have the power to enter and search places for evidence. They can also restrict people under investigation from leaving Hong Kong.

It may also allow for confiscation of the proceeds related to any offence endangering national security. It will require foreign and Taiwan political organisations and agents to provide information on activities concerning Hong Kong.

Critics say the law - which punishes crimes of secession, subversion, terrorism and collusion with foreign forces with up to life in prison - is aimed at crushing dissent and a long-running campaign for greater democracy which has drawn huge crowds on to the streets.

Some protests have erupted into violence between police and demonstrators.

In London on Monday, the Chinese ambassador accused Britain of gross interference and making irresponsible remarks over Beijing's imposition of the legislation.

Britain has described the security law as a "clear and serious" violation of the 1984 Joint Declaration under which it handed back its colony to China 13 years later.

Ambassador Liu Xiaoming said there might be many consequences if Britain treated Beijing as an enemy or with suspicion.