Hulkenberg back in F1 after Perez fails COVID-19 test 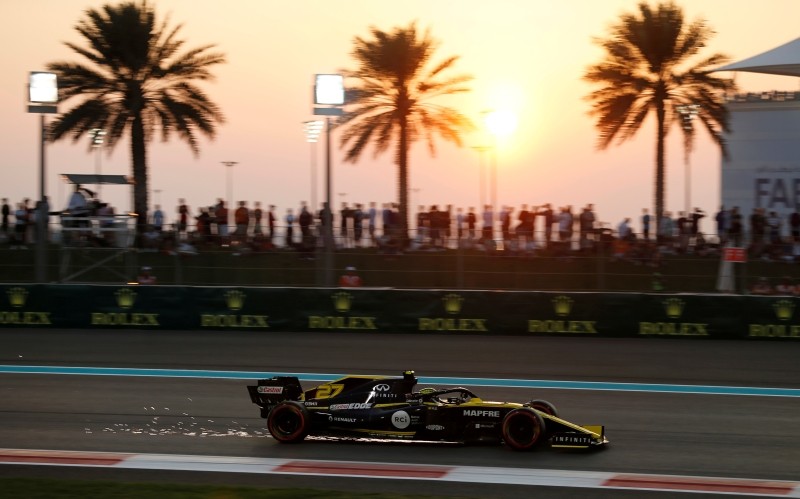 SILVERSTONE, July 31 (Reuters): Germany's Nico Hulkenberg will replace Racing Point driver Sergio Perez at this weekend's British Formula One Grand Prix after the Mexican was ruled out by a positive COVID-19 test result.

Hulkenberg, a veteran of 177 grands prix, raced for the team when they were known as Force India. He competed for Renault last season.

"Having to find a replacement for Sergio at short notice is no easy task, but in Nico we've got a fantastic supersub who the team knows very well," said team boss Otmar Szafnauer in a statement.

"He's certainly being thrown in at the deep end, but he's a fast learner and I'm sure he will get up to speed quickly."

Hulkenberg, a Le Mans 24 Hours winner who is famous in Formula One for not once standing on the podium in a long career that started at Williams in 2010, said he had been on his way to the Nuerburgring when he got the call.

"That was less than 24 hours ago, so it feels a bit surreal for me right now, but I like a good challenge and this is certainly one," said the 32-year-old.

"It's obviously a difficult situation for Racing Point and Checo (Perez). He's a buddy of mine, an old team mate and I wish him a speedy recovery. I'll step in and try do the best I can for the team."

Perez revealed on Friday he had returned to Mexico after the July 19 Hungarian Grand Prix, the last race before the Silverstone double-header, to see his mother who had been injured in an accident.

That appeared to have caught the Canadian-owned team by surprise, with a spokesman saying on Thursday that Perez had not flown back between races.

Hulkenberg is set to stay in the car for the 70th Anniversary Grand Prix at Silverstone, the weekend after the British Grand Prix.

Perez's future at the increasingly-competitive team is already looking uncertain, despite the Mexican having a contract to 2022, with Ferrari's four-time world champion Sebastian Vettel linked to the seat.