'If Joe Biden, Kamala Harris don't get 90% of Black vote, it's trouble' 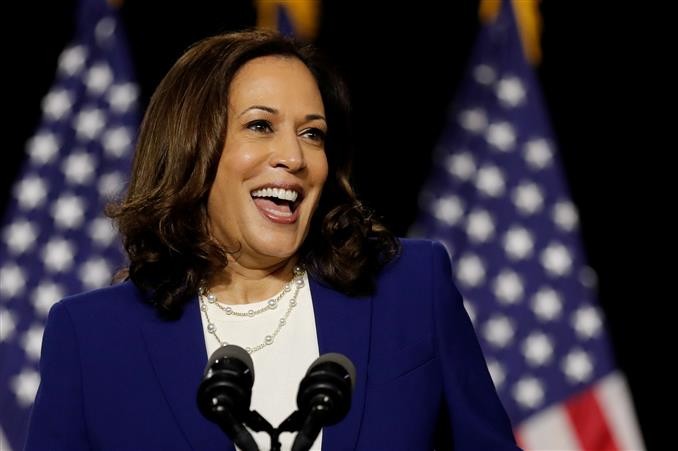 New York, September 11 (IANS): Despite Democratic nominee Joe Biden's nearly 8 point lead against Donald Trump in national polls, US pollsters are red flagging the cracks in the Joe Biden - Kamala Harris ticket's lead among key voting blocs, saying the gap is still not wide enough to put the Democrats safely on the winning side against Trump.

If the 2020 race is tight, Trump's Black support is being seen as a game changer. Biden's lead among Blacks is pegged in the range of 80 per cent to Trump's over 10 per cent according to a clutch of recent polls. That, according to US pollster John Zogby, is not good enough to make it across the finish line.

Researchers who analysed the 2016 election have argued that Clinton could have won the Michigan and Pennsylvania battlegrounds if only Black voters there backed her the way they did Barack Obama. Obama got about 95 per cent of Black voters in those states, Clinton got close to 90 per cent.

"It means that - first of all, that Joe Biden should not be polling 81 percent among Blacks. He should be polling about 90 per cent. We saw that even Hillary Clinton's 89 per cent in 2016 was not enough to overcome Donald Trump, particularly in states like Pennsylvania, Michigan, Wisconsin, North Carolina, where there are larger black turnouts. If Donald Trump ends up with 14 per cent of the black vote, that could be real trouble for the Democrats," Zogby told IANS.

Trump would get 14 per cent of the Black vote if the election were held today, according to the latest Newsmax-John Zogby Strategies Poll. The online poll among 600 Black likely voters nationwide was conducted on September 4-7.

Zogby makes the point that Barack Obama got 96 per cent of the Black vote in 2008, 93 per cent in 2012, and off a much larger turnout. "So there were even more black voters. Hillary Clinton had substantially less turnout."

Asked how the Black Lives Matter protests have shifted the equation for the Democrats, Zogby pointed to the demographics of those who took to the streets. "If you look at the demonstrations, large majorities of those demonstrating for Black Lives Matter look to be white and look to be young people. So that could end up being a blessing in disguise for Biden and Harris."

A poll of polls average by Real Clear Politics puts Biden ahead by 7.5 points. Within that cluster, another poll is the most promising for Biden, putting him 12 points ahead of Trump. Across six battleground states - Florida, Pennsylvania, Michigan, Arizona, North Carolina and Wisconsin, Biden's overall lead averages 3.9 points.

Stories like "How Trump could Pennsylvania again" have begun to dominate political news coverage in US broadsheets, speaking to the mathematical end game of the 2020 election.

The Biden - Harris ticket has its work cut out, says Zogby. Large numbers of people on both sides are showing clear signs that they are unwilling to accept the results of a democratically held election, he says.

Zogby describes the 2020 contest as 'The Armageddon Election', a term that came into US political vocabulary around the time of the George Bush-Al Gore 2000 battle which ended in a tie and was settled by a Supreme Court decision of five to four.

Undecided voters among Blacks are unlikely to go the Trump way, says Zogby. "If I see 10 percent of Blacks undecided, I don't think they're going to vote for Donald Trump.A That tells me if they haven't made up their mind about Biden-Harris, maybe they're not going to vote. That's one of the things that happened in 2016."

"If I see a high percentage of evangelical Christians saying "I don't know who I'm going to vote for," well, most of those votes should be going to Donald Trump. They're not going to go to Joe Biden pretty much under any circumstances."

According to Pew Research Center data, more than a third of Trump's support in 2016 came from non-Hispanic white Americans with college degrees and Asian, Black and Hispanic voters.

Overall, if a Democrat is polling less than 90 per cent among Blacks, "that's trouble", according to Zogby.

"If at this point in time and then heading into the election, if there are 10 per cent or more who are undecided among blacks, that's troubling for a Democrat. Same can be held for women and for young voters."

"Among Republicans, it's all about getting 60-65 per cent of evangelicals, 80 per cent of conservatives, and 60 per cent of white women.If for some reason Republicans are not not polling at that level, that could be trouble for them." 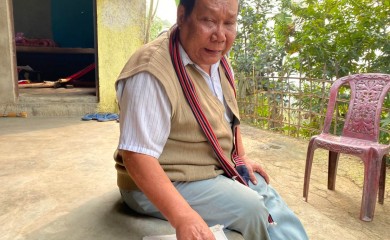