'India 2030' charts an optimistic decade ahead for nation 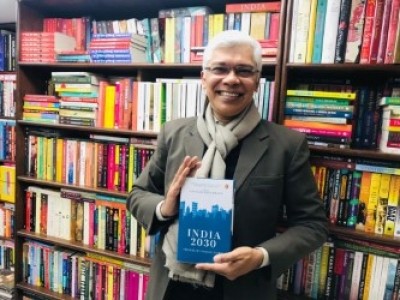 New Delhi, January 29 (IANS): As the new decade begins, India stands at the crossroads of several simultaneous disruptions, writes Gautam Chikermane, an author who tracks the world of money, power and faith, in "India 2030 - The Rise of a Rajasic Nation", a compendium of 20 scholarly essays by thought leaders from diverse fields ranging from politics, economics and foreign policy to health care and energy who predict what the current decade has in store.

"From two aggressive neighbours -- authoritarian China and Islamist Pakistan -- that refuse to embrace peace, to new formations and alignments such as the Quad of the US, Japan, Australia and India to counter Beijing, the 2020s will shape a new regional order. Jobs and prosperity cannot come without the accompanying reforms; the recent labour and farm laws are a positive-disruptive start. The new education policy, again, will disrupt the sector, making it more flexible, student-focused and in tune with India's twenty-first century aspirations. The disruption in defence procurement will make weaponry more effective. It is not merely the Union government that will drive reforms; the state governments will add their bits," Chikermane writes in the Preface of the book, which has been published by Penguin.

He expands on this in the opening essay, "Forces: Consolidation of a Rajasic India"; ('rajasic' being one of the three 'gunas' or qualities of Hinduism and Sikhism that is associated with energy and ambition). This essay, in fact, masterfully distils the essence of the other 19 to explain the dynamic surge India will see in the 2020s in key areas ranging from the economy, to business, finance, international relations, China, the neighbourhood, dynasties, governance, bureaucracy, defence, defence, diplomacy, media narratives and literature and cinema, et al.

This is what could be in store:

The economy: What the 1990s were to a pre-$300 billion economy, the 2020s will be to the post-$3 trillion India. A tenfold jump in GDP (pre-pandemic) riding an annual growth rate of 8 per cent has buoyed India to the position of the world's fifth-largest economy in three decades. If India can maintain this growth rate (in a post-pandemic world as has been forecast it would), it will be the world's fourth-largest economy by the middle of 2020 and the third-largest by the end of the decade.

Regulatory cholesterol: The other change that will lead this economic transformation will be private enterprise. The challenges before it will not be accepted anymore. The decade ahead will see a rajasic surge against the excesses of the 1,535 laws that entrepreneurs have to contend with.

Business: To take just one example, Reliance Industries Ltd has shown how India's largest company can stand among the world's giants. Underlying its spectacular success and of several other companies large and small, is the same rajasic force. These examples will increase both in number and in scale during the 2020s.

Finance: Household savings will see a definitive shift towards a greater perceived risk. From the safe confines of banks, money will move to riskier instruments such as equities.

International relations: India will be a shaper of global conversations rather than simply a taker of decisions. As the world explores a new world order beyond the UN, India will be a key architect. The rest of the world will need to understand the five changes in India's foreign policy: it will be more transactive, it will push the edges of risk, it will be more engaged, it will not tolerate intrusions, and it will not negotiate with terrorist states.

China: For far too long, India has been giving China a long rope, while China has been misusing this leeway and trying every possible way to keep India down, whether by weaponising trade or through its UN Security Council veto. Ladakh ended India's strategic patience with China. And with it ended the various related economic conversations. China is now seeking a face-save and India is not handing it. The tipping point has been crossed to a stage of no return.

The US: Despite its own hegemonic aspirations, the US is a country that now wants and needs India by its side. While the economy and the accompanying market is the prime reason, strategic balancing in Asia is now a relationship foretold. Initiatives like the Quadrilateral Security Dialogue (QUAD) are only the tip of the iceberg.

The neighbourhood: A robust economy will catalyse stronger relationships with neighbours. Countries such as Bangladesh, Nepal and Sri Lanka, which have drifted towards China, will make a comeback. The glue that will bind them to India will be transactional economic benefits driven by values of non-predatory capitalism, democracy and culture.

Grand strategy: This is an all-encompassing idea that will support India's national security goals while shaping the international order through high economic growth, energy security and internal stability domestically, and influence the regional and global security discourse outside.

Dynasties: Political dynasts will have a hard time coping with an impatient electorate. Working from the ground up will be the new currency of engagement with the people. In every sector, from Bollywood to the media, from the judiciary to business, Indians will demand greater accountability and performance.

Governance: The government has made huge investments in democratising governance. Any citizen anywhere has access to and demands instant action on Twitter. Governments are reaching out to citizens directly. Gone is the need for intermediaries and views. This will strengthen in the 2020s.

Union-State relations: A deeper democratic discourse will ensure that decision-making gets decentralised in the 2020s. The decade ahead will see a further acceleration of this trend towards the states. Political tensions may continue, but governance matrices will be better managed.

Bureaucracy: The face of India's bureaucracy will begin to change in the 2020s. This will be the most difficult and most contested change. By the middle of the decade, a new model will have been re-imagined, and by the end of the 2020s, it will be in place. Lateral entry of experienced and knowledgeable professionals will widen in scope. A revolving door will allow for private sector experience for public sector workers.

Taxes: Once the governance structures are rethought, trust deficit in the administrative pipelines reduced and the bureaucracy reoriented to deliver services rather than to seek rent, India's tax-GDP ratio will begin to rise. After GST in 2017, the 2020s will see the introduction of the direct taxes code.

Laws: India's patience with rampant poverty is over. Middlemen, anchored to rent extraction, will be increasingly isolated. To survive the 2020s, they will need to provide greater value. Citizens will demand easier routes to self-employment, small and medium enterprises will insist on clearing the hurdles to doing business, while big corporations will seek global scale.

Defence: There is a definitive and visible shift in India's direction and stance, broadly broken into two eras, life before 2019 (the bombing of a CRPF convoy that claimed the lives of 40 troops and the retaliatory Balakot strike deep inside Pakistani territory. With this attack, India has made a permanent and irreversible change in its military policy, including calling out Pakistan's nuclear bluff, which had been looming over relations for decades. This is the same rajasic force that is in action in Ladakh against China and will continue to play out in the decades ahead.

Diplomacy: The Balakot attack was supported by a diplomatic outreach. Apart from the end of functioning within narrow administrative silos, this proactive engagement told the world that something had shifted for good in India. This will continue in several other areas, notably trade, multilateral institutions and an overall global outreach.

Tyranny of transparency: Along with accountability, transparency will also raise hurdles. Managing disclosures will be one of the biggest challenges for governments in the decade ahead. A new equilibrium will be set. This will happen sometime in the middle of the decade.

Wake up, woke: A rajasic force is driving the underprivileged to work hard, against all financial and social odds, to enter IITs, IIMs or the civil services, as a mission. The elite begin to condemn and abuse the system from the protected confines of their privileged addresses. They hate the mass and its political choices -- Narendra Modi is just one such point of hatred -- and they are contemptuous of their religion, their philosophies, their culture, their nation. They will be swept away and turned irrelevant to India; the 2020s will see the beginning of their end.

Ideology: India will rediscover and reshape itself in a billion ways. The deep, vast and puissant philosophies of India, which every Indian household knows and lives from within, will find greater resonance through a rajasic cultural surge. The restrictions of debate to a win-lose binary, with no thought given to a synthesis or expansion of discussion, have left Indian intellectuals playing the chorus to ideologies that no Indian outside a small pretentious and self-serving group can identify with. The 2020s will see an expansion of these ideas.

Media narratives: Traditional media, which had a monopoly of keeping checks on governments, will itself be under scrutiny by anyone with a smartphone; it will break into two -- one that chooses ideology over the institution, the other that will see institutional survival and growth over ideology.

Literature and cinema: Authors exploring ancient India and its philosophical nuances through the medium of storytelling will increase. We saw stories of Shiva and Ram in the 2010s, we will see the Puranas and the Mahabharata in the 2020s.

In short, the 2020s will see the beginning of a return to roots. India's spiritual DNA has driven and informed its civilization. India will remain a vast liberal nation, not in the sense of its Western definition, but a genuine liberalism that has assimilated all peoples, religions and ideas into itself.

"Read together", Chikermane writes, "they give us a picture of an India changing its gears, resetting its priorities, readying for a resurgence. And if there is one invisible theme that threads these journeys into a singular whole, one underlying force that is powering the transformation, it is the rise of a rajasic India". 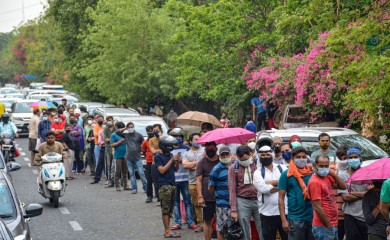 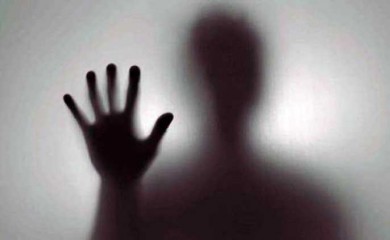