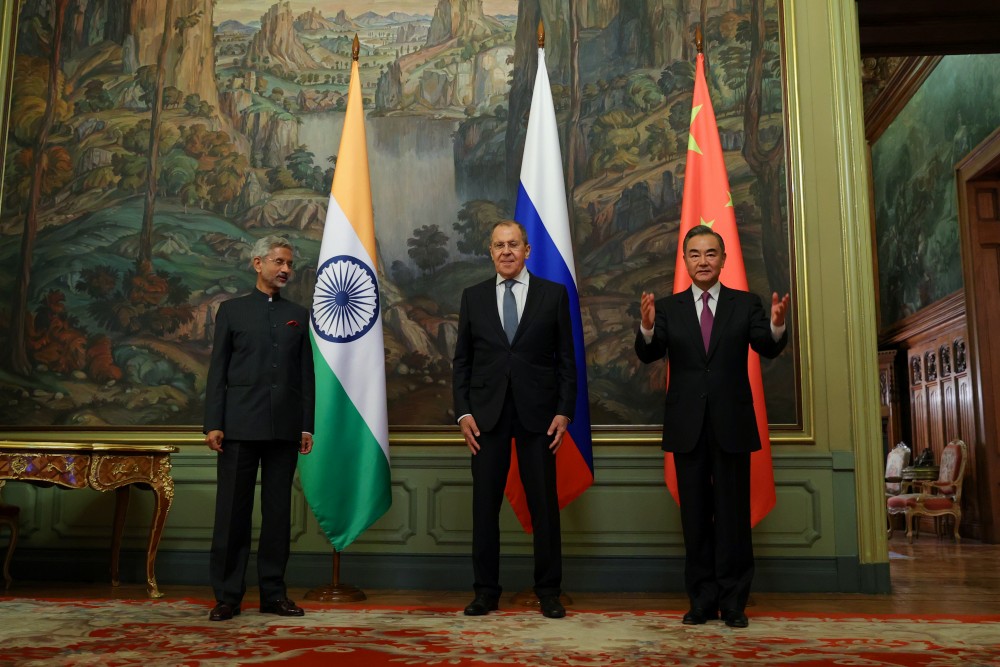 New Delhi, September 11 (PTI): Noting that the current situation at their border is not in the interest of either side, India and China have agreed on a five-point roadmap including quick disengagement of troops and avoiding any action that could escalate tensions for resolving the four-month-long face-off in eastern Ladakh.

As the two countries reached the agreement during the talks between External Affairs Minister S Jaishankar and his Chinese counterpart Wang Yi on Thursday evening, government sources said the Indian side strongly raised the deployment of large number of troops and military equipment by China along the Line of Actual Control in eastern Ladakh and conveyed its concern. The Chinese side could not provide a credible explanation for the troops buildup, the sources said on Friday.

Government sources said the five-point agreement will guide the approach of the two countries to the current border situation.

The Indian Army and the Chinese People's Liberation Army have been locked in a tense standoff in multiple areas along the LAC in eastern Ladakh since early May. Shots were fired across the LAC on Monday for the first time in 45 years with the two sides accusing each other of firing in the air.

Besides striving for quick disengagement of troops, the two countries agreed that their soldiers should maintain proper distance from each other and abide by all existing agreements and protocol on management of the de-facto border.

The ministry of external affairs issued a joint press statement early on Friday featuring five points which were agreed by both the sides at the "frank and constructive" discussions by the two ministers.

"The two foreign ministers agreed that the current situation in the border areas is not in the interest of either side. They agreed, therefore, that the border troops of both sides should continue their dialogue, quickly disengage, maintain proper distance and ease tensions," it said.

The joint statement said Jaishankar and Wang agreed that both sides should take guidance from the series of consensus reached between leaders of the two countries on developing India-China relations, including not allowing differences to become disputes.

This assessment was a clear reference to decisions taken by Prime Minister Narendra Modi and Chinese President Xi Jinping at their two informal summits in 2018 and 2019.

"The two ministers agreed that both sides shall abide by all the existing agreements and protocol on China-India boundary affairs, maintain peace and tranquility in the border areas and avoid any action that could escalate matters," the joint statement said.

At the talks, Jaishankar and Wang agreed that as the situation eases on the border, the two sides should expedite work to conclude new confidence building measures to maintain and enhance peace and tranquility in the border areas.

The joint statement said the two sides also agreed to continue to have dialogue and communication through the Special Representative mechanism on the India-China boundary question.

"They also agreed in this context that the Working Mechanism for Consultation and Coordination on India-China border affairs should also continue at its meetings," it added.

A press release issued by the Chinese foreign ministry in Beijing quoted Wang as having told Jaishankar it is normal for both the countries to have differences but it is important to put them in proper context and take the guidance of the leaders.

"Wang noted that it is normal for China and India to have differences as two neighbouring major countries. What is important is to put these differences in a proper context vis-a-vis bilateral relations," the release said.

Wang stressed that as two large developing countries emerging rapidly, what China and India need right now is cooperation, not confrontation; and mutual trust, not suspicion, the release added.

"Whenever the situation gets difficult, it is all the more important to ensure the stability of the overall relationship and preserve mutual trust," Wang said.

"China-India relations have once again come to a crossroads. But as long as the two sides keep moving the relationship in the right direction, there will be no difficulty or challenge that can't be overcome," Wang added.

At the talks, the Indian government sources said the Indian side highlighted its strong concern over amassing of large number of troops by China along with military equipment along the LAC, and noted that the presence of such a large concentration of military personnel was not in accordance with the bilateral pacts of 1993 and 1996 on border affairs.

They said the Indian delegation conveyed that the provocative behaviour of Chinese frontline troops at the friction points along the LAC showed their disregard for bilateral agreements and protocols.

"The Indian side clearly conveyed that it expected full adherence to all agreements on management of border areas and would not countenance any attempt to change the status quo unilaterally.

"It was also emphasised that the Indian troops had scrupulously followed all agreements and protocols pertaining to the management of the border areas," said a source.

Jaishankar told Wang that maintenance of peace and tranquility on the border areas was essential to the forward development of ties, the sources said. He conveyed to his Chinese counterpart that the recent incidents in eastern Ladakh, however, inevitably impacted the development of the bilateral relationship.

Therefore, he told Wang that an urgent resolution of the current situation was in the interest of both the nations, the sources said.

The Indian side insisted that the immediate task is to ensure a comprehensive disengagement of troops in all the friction areas and that it is necessary to prevent any untoward incident in the future, the sources said, adding the final disposition of the deployment of troops to their permanent posts and the phasing of the process is to be worked out by the military commanders of the two sides.