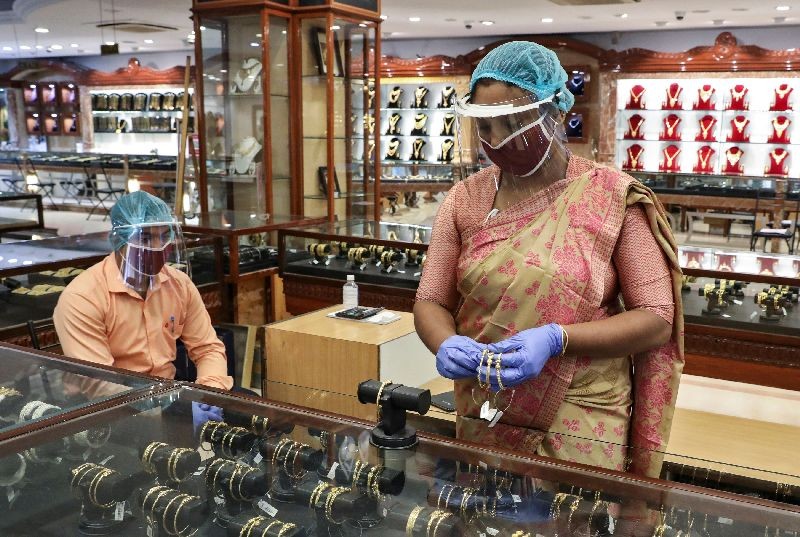 MUMBAI, July 30 (Reuters) - India's gold demand in 2020 is expected to fall to the lowest level in 26 years with domestic bullion prices hitting a record high and as falling disposable incomes could curtail retail purchases, the World Gold Council (WGC) said on Thursday.

Lower demand by the world's second-biggest bullion consumer could limit a rally in global prices, which hit a record high earlier this month, although it could also reduce India's trade deficit and support the ailing rupee.

Local gold futures have jumped 35% so far this year after rising a quarter in 2019.

India's gold consumption in the first half of 2020 plunged 56% on-year to 165.6 tonnes. Meanwhile, the coronavirus-triggered lockdown also slashed demand by 70% in the June quarter to 63.7 tonnes, the lowest in more than a decade, the WGC said in a report published on Thursday.

Millions of Indians have lost their jobs or taken a pay cut after the country imposed a lockdown on its 1.3 billion people to curb the spread of the virus that has infected more than 1.5 million Indians.

Consumption is generally high during the June quarter due to weddings and key festivals such as Akshaya Tritiya, but lockdown restrictions kept shoppers indoors this year.

The weak demand in the first half could drag down India's gold consumption in 2020 to the lowest since 1994, when demand stood at 415 tonnes, Somasundaram said, adding that it is still difficult to provide an estimate for full-year demand as the coronavirus crisis is still unfolding.

"Indian demand has previously jumped as much as 300 tonnes in a quarter. Latent demand could come out in the second half," Somasundaram said.