It was spontaneity that worked for Shaheen Bagh: Seema Mustafa 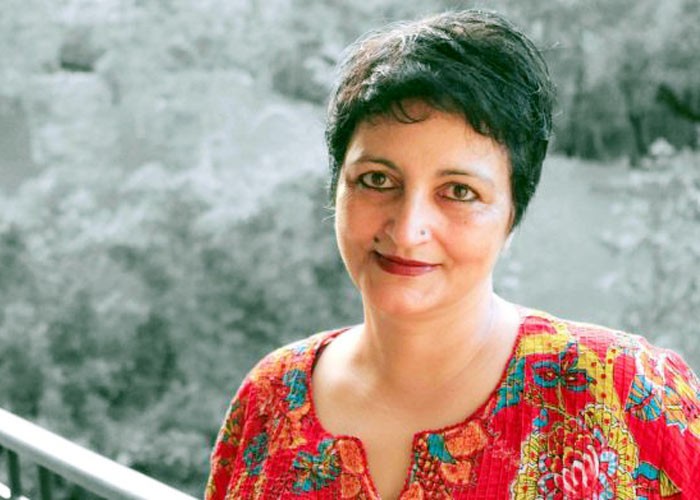 New Delhi, July 24 (IANS) No leaders or political parties. No questions asked when people wanted to join. She says it was almost like visiting someone's home -- local women coming out with warmth and hospitality of a kind rarely seen in Delhi. "And this was on the streets, the smiles, the reassurance of being together, the courage... I think the fact that it was not political, no politicians leading it, and the participation was voluntary and spontaneous, made it the centre of the protest. This and the determination and resolve of the women, not to move until their demand for citizenship was met," says journalist Seema Mustafa, who has edited the recently released 'Shaheen Bagh and the Idea of India' (Speaking Tiger Books).

The idea of the book came from publishers Ravi Singh and Renuka who were keen to document the movement and the initial discussions took place when Shaheen Bagh was active. "The initial intention was to document and understand it as soon as possible so we did get most of the material together early in the year, but the lockdown delayed the book by a few months," Seema tells IANS.

While the book, especially the essays, investigate the importance of Shaheen Bagh in the contemporary social and political climate, Seema says that as a journalist of many years standing, this was one of the biggest movements she had witnessed. Adding that through the years one had covered several protests, demonstrations on a host of important issues to do with India's democracy and Constitution, but Shaheen Bagh and the associated movements across India were clearly at a different level, she says, "As a journalist and student of contemporary politics, I needed to study and understand it, which is what I tried to do as it was important then, and will remain so owing to the many reasons our writers have pointed to in the book. I see it as an inclusive movement for democracy; and as probably the first movement in my living memory where the minorities came out en masse to publicly embrace the Constitution and the Indian flag, and thereby make it clear that they are as an integral part of India as any other."

Journalist Mustafa Quraishi who documented the Shaheen Bagh protests in a series of images, speaks out in an essay published in the book, writing, "Never in my wildest dreams had I imagined that seventy-three years after Independence we would be discussing the citizenship of India's Muslims instead of all that really matters. I never thought about being Indian, I always just was-it's like breathing. To have your citizenship questioned is to have your life-breath taken away."

For Seema, the protest is a 'model' one which did not witness any major incidents of violence and managed to trigger a collective sentiment. "It is strange, but I have seen that often one little unforeseen incident becomes a catalyst or a nuclear that stands out. Shaheen Bagh, where a group of women came out of their homes to sit in protest against the Citizenship Amendment Act was one such moment that caught India's imagination. And what should have by all counts remained a small localised protest just grew into a major protest of peace, love and harmony. Scholars, artists, musicians, students, young and old, cutting across religions and classes just flocked to the site every night."

Ask what she feels about the movement's future in post-pandemic times, and the editor asserts, "It is difficult to say. Again, if I go by experience, I do not think it will continue in the same form. It might be replaced by something else altogether and find another expression. However, the important thing is not whether it continues in its physical form, but if it was able to coalesce India in harmony and love."

Talking about the Delhi government's attitude towards the protesters, and its 'silence' post Delhi riots, Seema says that at one stage she thought that AAP was poised to be a major player in politics. "Now, I somehow think that Kejriwal has lost the plot altogether."

Reacting to the central government's later assurance that NRC will not be implemented, the journalist and author feels that it will have to state its policy clearly and categorically for it to be understood and accepted. "There has to be one voice that clarifies, and not several voices that obfuscate," she concludes.

As the conversation veers towards the way the protest was covered by the media, with many media houses taking different 'positions', the veteran journalist adds, "We as journalists have hitched our wagon with the rich and powerful -- and this began a long time ago, before the BJP came to power. Hence, how can we be fair and just? We have masters to serve."

(Sukant Deepak can be contacted at Sukant.d@ians.in)