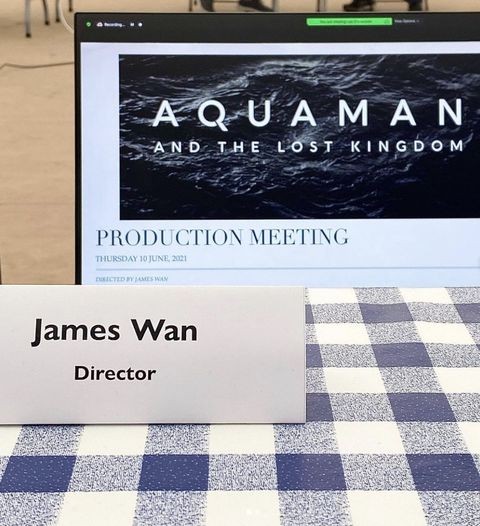 Filmmaker James Wan, who directed the Jamon Momoa-led first part, shared the news in a post on Instagram on Thursday.

Wan posted an image from a production meeting, which featured the title as "Aquaman and the Lost Kingdom", in what looks to be a potential logo for the film.

"The tide is rising," he captioned the photo.

"Aquaman" featured Momoa as Arthur Curry aka Aquaman, a half-Atlantean, half-human who sets out to lead the underwater kingdom of Atlantis and stop his half-brother, King Orm, from uniting the seven underwater kingdoms to destroy the surface world.

The film, which released in December 2018, grossed more than USD 1 billion at the global box office.

The sequel will also mark the return of Amber Heard as Mera and Patrick Wilson back as Orm.